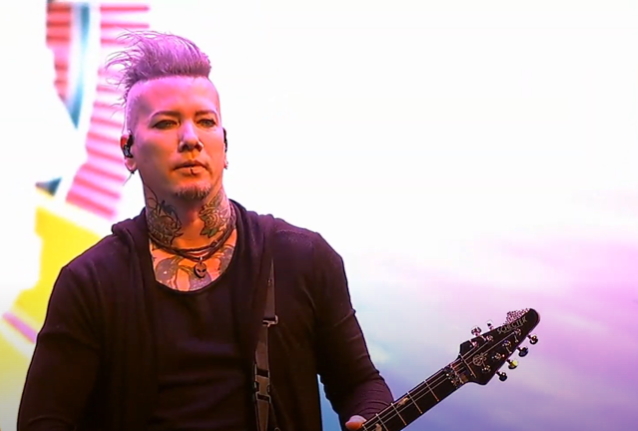 Prior to the event, Ashba said: "I've been a huge fan of MMA for years and am very honored to be performing and presenting an award at the World MMA Awards Playing the guitar is much like MMA. It's all about the dance. How and when you hit is what creates the appeal and excitement for the audience."

"Bella Ciao" marked Ashba's first release of 2021 and followed a series of tracks that were released in late 2020 through Edgeout Records/UMG/UMe, including "Hypnotic", "Let's Dance" and "A Christmas Storm".

"After becoming completely obsessed with 'Money Heist', I became so inspired by 'Bella Ciao' and the history of the song," stated Ashba. "I couldn't wait to get into the studio and make my own GDM version. I wanted it to be epic and dramatic, with big bass, bone-crushing guitar, and an infectious beat that I know the fans will go crazy for. After it was complete, I was telling my friend, famous Disney artist Craig Fraser, about my new version of this classic song, and him being a fan of the show as well, got inspired, and created me this one-of-a-kind painting of the iconic mask from 'Money Heist'. I was so blown away; I thought it would make the perfect cover for this single."

Last December, Ashba told "The Mark And HooGie Show" that he isn't concerned about getting any pushback from his rock fans over the musical direction of his new venture: "Honestly, I'm at a point in my career where I could give two fucks," he said. "I could care less. If people don't like it, kiss my ass. Go listen to SIXX:A.M. If what I'm doing right now isn't rock enough, I've got a rock band. They can go listen to that then.