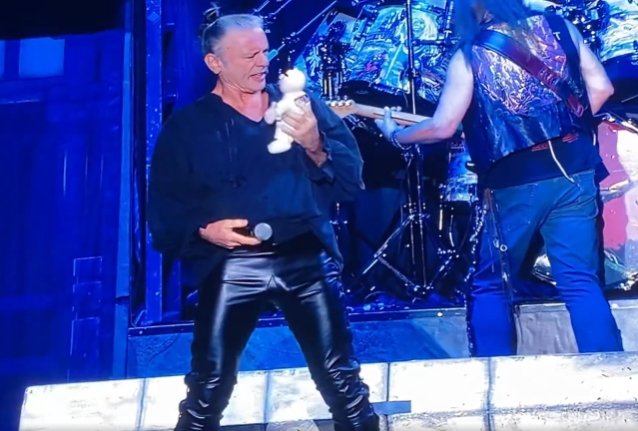 IRON MAIDEN singer Bruce Dickinson became the latest object of the peculiar practice of throwing Dr. Simi stuffed toys as a gift to the artists on stage during massive events in Mexico.

While performing with his bandmates on September 7 at Foro Sol in
Mexico City, Dickinson noticed the Dr. Simi plushy which was thrown on stage by one of the concert attendees. Although he initially appeared to be confused about what the doll represented, he quickly took the cue from the audience and decided to dance with the toy and even made him "sing."

Dr. Simi dolls are doctor plushies that are otherwise known as the official mascot of Mexican pharmacy chain Farmacias Similares. With a white mustache, a doctor's coat and a cute smile, Dr. Simi has been around for a while, famously representing the pharmacy chain's head Víctor González Torres.

Dr. Simi toys have become something of a meme for Mexican music fans, who throw them at their favorite artists during concerts as a way of welcoming them to the country.

According to Remezcla, a number of other international artists have received Dr. Simi dolls during their performances, including Spanish singer and songwriter Rosalía, who was welcomed with not only one but three stuffed animals during her performance at Mexico City's Auditorio Nacional on August 14.

The gesture has reportedly been traced back to Mexico City's Corona Capital festival in 2021 when a fan threw the stuffed animal to Norwegian singer-songwriter Aurora. Since then, other famous global artists have been unknowingly (or knowingly) part of the now Mexican meme trend, including COLDPLAY, THE KILLERS, GORILLAZ and Mac DeMarco, to name a few.

Posted by Sopitas on Thursday, September 8, 2022 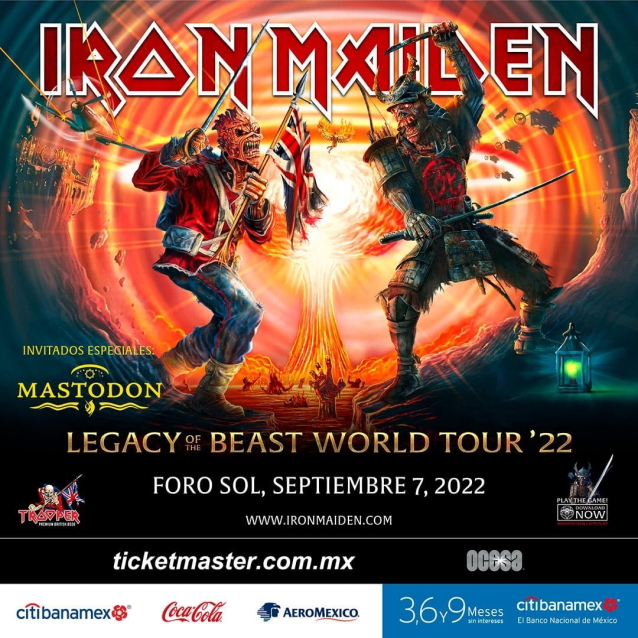