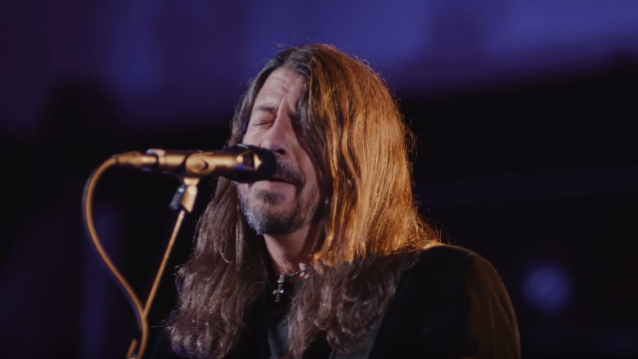 FOO FIGHTERS were the featured musical guests on Monday's (February 8) episode of "The Tonight Show Starring Jimmy Fallon". FOO FIGHTERS frontman Dave Grohl spoke with Jimmy about a variety of topics before the band performed "Waiting On A War" at the end of program. Check out video footage below.

"Waiting On A War" is taken from FOO FIGHTERS' tenth studio album, "Medicine At Midnight", which came out on Friday (February 5) via Roswell Records/RCA Records. The LP is a nine-song, 37-minute effort which was produced by the FOO FIGHTERS and Greg Kurstin.