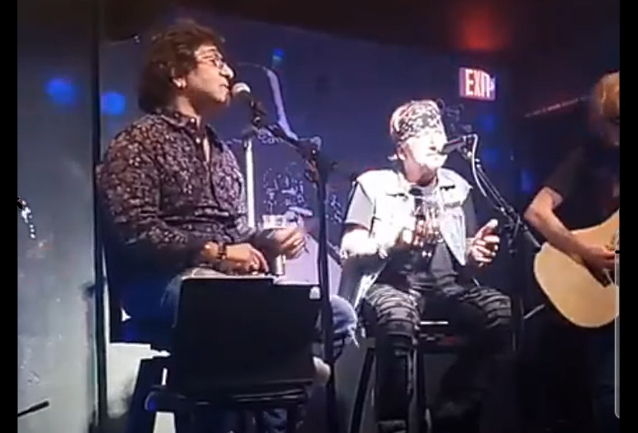 Former GREAT WHITE singers Jack Russell and Terry Ilous came together for one night, on one stage, for an acoustic storytelling show on October 29 at Rockefellas bar in Corona, California. Russell and Ilous shared stories about their long rock and roll careers. Fans in attendance got a chance to hear about the inspiration behind some of GREAT WHITE's biggest hits and learn how the songs came to be. Check out video below.

All proceeds from this show benefited the Warrior Built Foundation which works to honor the service and sacrifice of combat veterans and wounded service members through vocational and recreational opportunities. The Foundation provides new motivation, camaraderie and sparks veterans' imaginations while most importantly offering a release to cope with similar difficulties in a positive and therapeutic way. Warrior Built does this in a safe, fun, and supportive environment all while providing much-needed different forms of therapy.

Last month, Jack and Terryteamed up to record a semi-acoustic version of "I Won't Back Down", one of the most iconic classic rock songs by TOM PETTY AND THE HEARTBREAKERS. They also released a Tim Sheridan-directed music video for the track.

Back in June 2020, Russell teamed up with Ilous, along with guitarists Robby Lochner and Phil Woodward, for a special acoustic concert on the Monsters Of Rock Cruise Facebook page. The set included acoustic renditions of songs from GREAT WHITE, XYZ and LED ZEPPELIN. 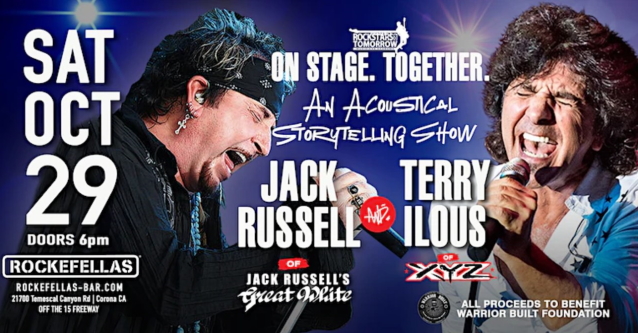