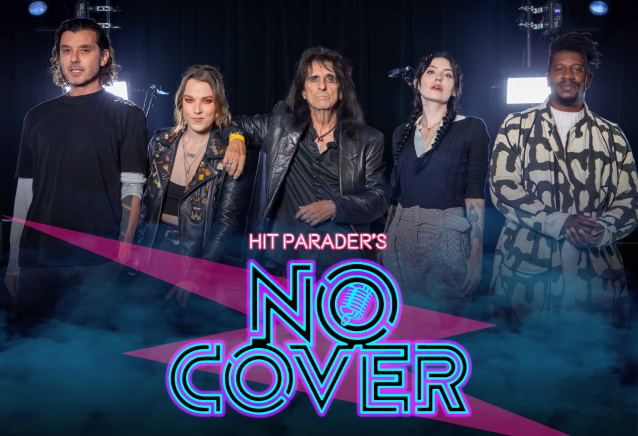 The fourth episode of "No Cover", Hit Parader's first-ever music competition TV show, can be seen below.

While most music competition shows such as "American Idol" and "The Voice" encourage musicians to cover other people's songs, "No Cover" spotlights artists and bands that write and record their own original music. At the end of season one, winning artist(s) will secure a six-figure recording contract with Sumerian Records, booking agency representation from UTA, management from the Shelter Music Group, high-profile festival slot(s) via Danny Wimmer Presents, studio time at Nightbird Recording Studios, new gear from Gibson, brand endorsements, licensing opportunities and more.

The entire first season was shot last year at the legendary Troubadour in West Hollywood, California. Since 1957, The Troubadour has been at the forefront of musical discovery. From the early years of Bob Dylan, Neil Young, Joni Mitchell and THE EAGLES to the U.S. debut of Elton John, the Los Angeles headline debut of METALLICA and the debut of the "Appetite For Destruction" lineup of GUNS N' ROSES.

Additionally, "No Cover" filmed on location at the fabled Sunset Marquis Hotel in West Hollywood, California. This exclusive sanctuary in the heart of the Sunset Strip, is a home-away-from-home for generations of entertainers, creators and innovators, movers and magic-makers. The Sunset Marquis Hotel is also home to the famed Nightbird Recording Studios, Bar 1200 and Cavatina Restaurant.

When "No Cover" was first announced in October 2020, Cooper said: "I can't wait for 'No Cover'. To me, a band really isn't a band unless they are writing their own material, and if you know anything about me you know that I have a very high standard for not only the songs but also the performance. I'm looking for the band who has it all - the one who can not only write it and play it, but perform it and make me believe it."

Alt pop powerhouse Bishop Briggs has positioned herself to empower. With the platinum-certified viral hit "River", and opening for COLDPLAY under her belt, Bishop is showing no intentions of slowing down.

As the lead vocalist, guitarist, songwriter and founder of iconic multi-platinum rock band BUSH, Rossdale has sold over to 20 million records in the U.S. and Canada alone. BUSH has compiled an amazing string of 23 consecutive Top 40 hit singles on the Modern Rock and Mainstream Rock charts. Eleven of those hit the Top 5, six of which shot to No. 1: "Comedown", "Glycerine", "Machinehead", "Swallowed", "The Chemicals Between Us" and "The Sound Of Winter". BUSH released its eighth studio album, "The Kingdom", in 2020.

Grammy Award-winning singer/guitarist Lzzy Hale brings a strong, powerful perspective to "No Cover" as she's been fronting the band HALESTORM with her younger brother Arejay for over 20 years. Lzzy is a leader amongst her peers and fearless voice for her legions of young fans. Star of many music magazine cover stories, she has won multiple industry awards such as the Golden Gods and was named Loudwire's "Artist Of The Decade." Lzzy also has her own Gibson artist series guitar, the Lzzy Hale Explorer.

Visionary guitarist Tosin Abasi is best known from the prog-metal band ANIMALS AS LEADERS and as part owner of the custom guitar company Abasi Concepts. Tosin was named "Guitarist Of The Decade" by Guitar World magazine and is coming off his first big role in the film "Bill & Ted: Face The Music".

As part of "No Cover", participating artists get the chance to perform with and win prizing via a partnership with the world's most iconic American guitar brand Gibson. The team at Gibson believes in the power of music, supporting music education and that getting instruments into the hands of those with a desire to make music is a truly life-changing event. 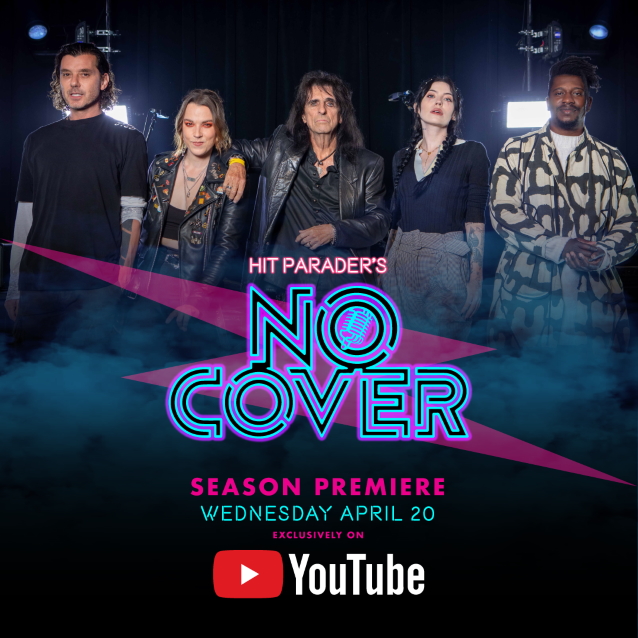