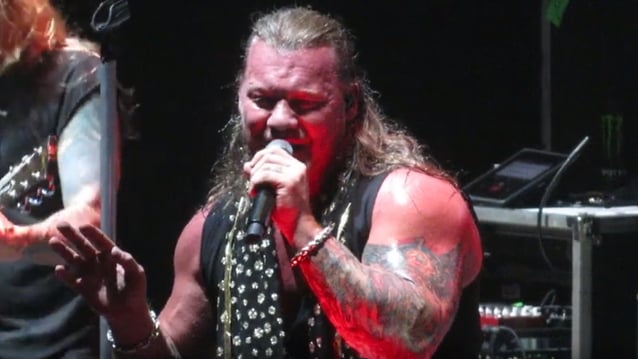 Watch FOZZY Perform In Uncasville As Support Act For NICKELBACK

FOZZY played the first of two shows as the support act for NICKELBACK this past Thursday (August 22) at the Mohegan Sun Casino in Uncasville, Connecticut. Fan-filmed video footage of the concert can be seen below.

Earlier this year, Jericho defended Paul Stanley when the KISS frontman was accused of using pre-recorded vocal tracks on "End Of The Road" tour, saying that the "Star Child" "has nothing to prove to anybody." Jericho explained: "He's one of the greatest rock and roll singers of all time. I think that's something that anybody would say. I would much rather have him use the technology that's available to not sound like he's hurting himself, which then makes me not enjoy the show as much."

Jericho recently said that FOZZY would have a new single out in time for the band's September 14 concert in Los Angeles with IRON MAIDEN and a new full-length record in January or February of 2020. 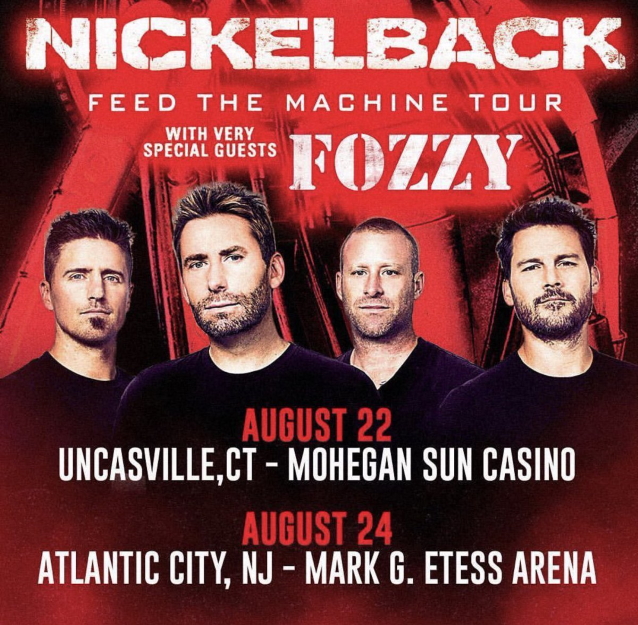