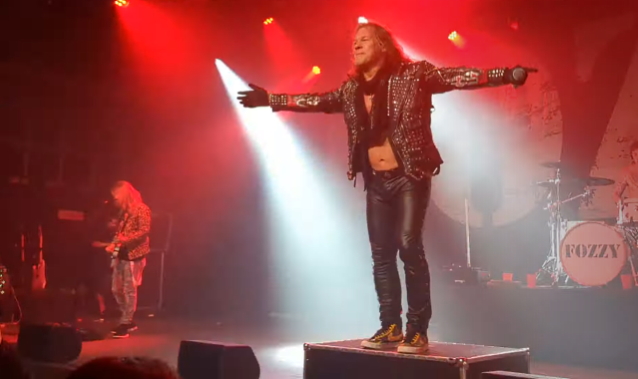 FOZZY kicked off its U.K. tour last night (Friday, November 4) in Manchester. It marked the band's first live appearance since FOZZY postponed the remaining dates of its summer/fall 2022 "Save The World" tour due to a throat injury suffered by the band's lead singer, wrestling superstar Chris Jericho. According to FOZZY, Jericho sustained a bruised larynx in August at the AEW "Quake By The Lake" event in Minnesota where he squared off against Jon Moxley for the interim AEW world championship.

After the Manchester concert, Jericho took to his social media to share a video and photos of the gig, and he included the following message: "What an opening night it was for @fozzyrock in #Manchester last night!! We rocked the hell out of our BIGGEST crowd in #Manchester EVER and the biggest crowd EVER rocked the hell out of us in return! Was so great to be back onstage and we can't wait to do it again TONIGHT in #Birmingham at the @o2institutebham! Limited tix still available at fozzyrock.com!"

On October 6, Jericho offered an update on his recovery in an interview with Darren Paltrowitz, host of the "Paltrocast With Darren Paltrowitz". He said about his voice: "It's getting better, man. It's one of those things that I was thinking, like, oh, when the bruising goes away that you'll just be able to sing again. And it's, like, no, it's not like that. If you tear your shoulder, it doesn't just get better; you've gotta do the rehab and start with three-pound weights. So that's kind of where I'm at.

"We have a tour that starts in a month in England, and I started kind of just recalibrating my singing to where it will be great; it will be great for the tour," he continued. "And as I still continue to get stronger, you just have to relearn some things and then it's gonna come back. So it's going good. It's a lot better now than it was two weeks ago, which was a lot better than it was two weeks before that. 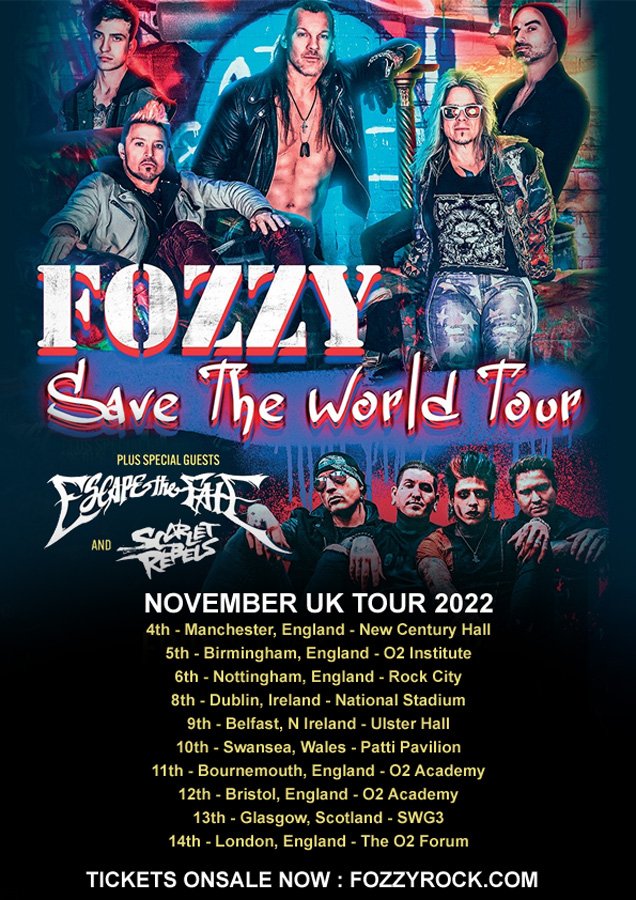