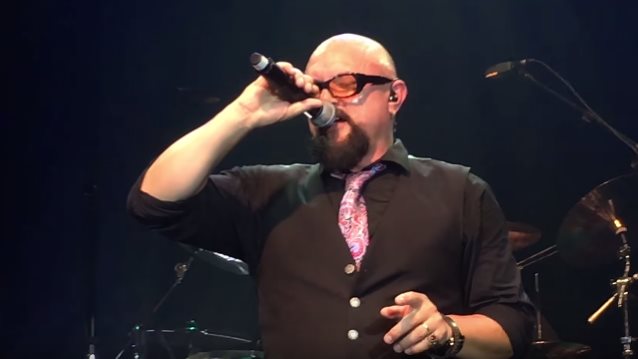 Tate's backing band for the concert consisted of the following musicians:

When asked by Chasing Strange Music if he feels as creative today as he did twenty or thirty years ago, Tate said: "I feel equally as creative. I think what happens over time is that you have a measure of success doing what you're doing, and you build your lifestyle around that success. And then to deviate from that success and that way of doing things puts your livelihood at risk, so a lot of people choose not to do that — they choose not to put their livelihood at risk; they hit upon a formula, something that works for them, and they just continue doing that. And some people find joy in that and they build their lives around that. Other people are constantly pushing that envelope and experimenting with what they do, and I tend to fall into that category of a person — I push it readily. And I risk losing my audience all the time with what I write. I probably have lost some people along the way, but I've gained other people as well."

He continued: "To me, it's important to not keep repeating yourself, but to try different things and experiment with what it is you do, your ideas — keep 'em coming and keep experimenting with them. And music is so… There's so much you can do, so many things you can do with them now. And it's actually so much easier to compose and to create music nowadays than it was back then, because of the recording abilities you have now. You don't have to wait, schedule studio time, go in there and go through the whole rigor of the studio set-up, and hopefully pick the right people to work with that know what they're doing and can capture what it is that you're trying to do, and hopefully you can communicate with them well enough so that you can get your ideas across to them so they can record them accurately. You can bypass all that bullshit now and you do it yourself. [Laughs] You can have an idea and put it down and put it up for sale the next day. It makes art so much more immediate. And you can actually be part of the global conversation these days with what you do, because you're not waiting and waiting and waiting and months and months and months aren't going by, and you can comment on a situation that's happening in a song and create a piece of music around something that's happening topically right now and be current with what's going on. Before, you just had to wait and wait and wait and work around people's schedules and you had to wait for the record company to fit your album release into their fiscal calendar."

Tate's recent acoustic tour, dubbed "The Whole Story 'Rÿche' Acoustic Tour", saw him performing songs from all seventeen albums he has done throughout his illustrious thirty-five-year career. Geoff was backed during the show by a seven-piece acoustic band of musicians from the United States and Ireland, with three guitar players, mandolin, cello, saxophone, violin and multiple percussion instruments to produce high-energy acoustic versions of some of the Tate's former band's most recognized songs, including "Silent Lucidity", "Jet City Woman", "Empire", "I Don't Believe In Love" and "Eyes Of A Stranger".

"Resurrection", the second album from OPERATION: MINDCRIME, was released last September via Frontiers Music Srl. The album is the second part of Tate's musical trilogy. A follow-up effort is expected to arrive this fall. 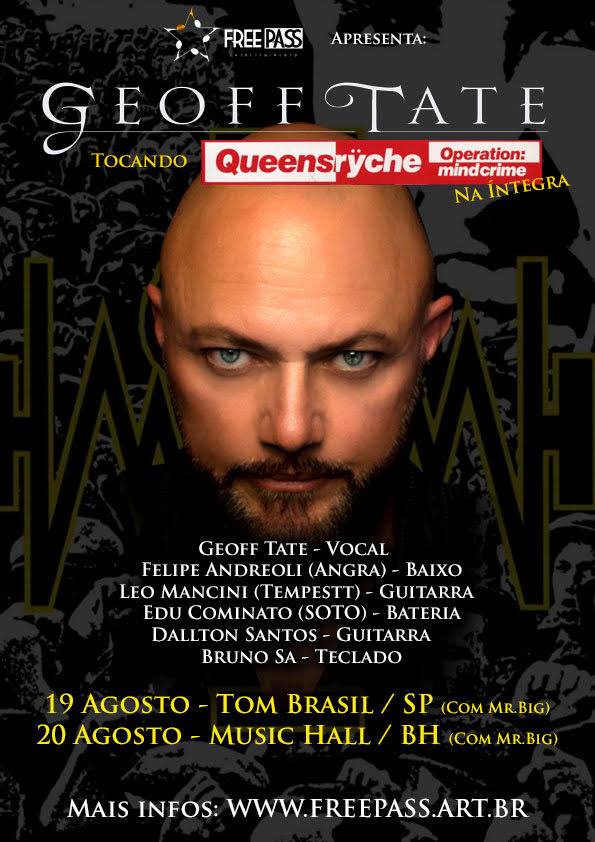