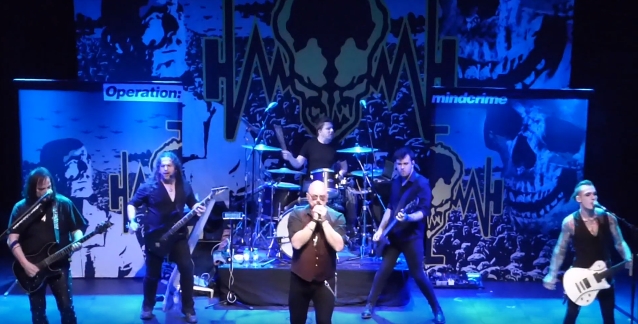 Fan-filmed video footage of OPERATION: MINDCRIME, the band led by former QUEENSRŸCHE singer Geoff Tate, performing on December 19 at Cacaofabriek in Helmond, The Netherlands can be seen below.

For most of 2018, Tate has celebrated the 30th anniversary of QUEENSRŸCHE's "Operation: Mindcrime" by playing the iconic concept album live in its entirety.

Geoff told the Reno, Nevada radio station 105.7 KOZZ about performing "Operation: Mindcrime" in full on tour to commemorate its 30th anniversary: "I have to say, this tour especially has been really an interesting time for me, because I kind of got to take a step back from the album, looking at it with different eyes. I've got a really young band of musicians who are playing with such enthusiasm and passion, and I'm listening to all the stories from the audience members and people who have been affected by the album over the years, and really hearing a cross-section of what the album has meant to people. It's very humbling, and I'm very grateful for all the attention the album has and how strongly people feel about it. It's fantastic."

OPERATION: MINDCRIME has released three albums over three years as part of a trilogy: "The Key" (September 2015), "Resurrection" (September 2016) and "The New Reality" (December 2017). 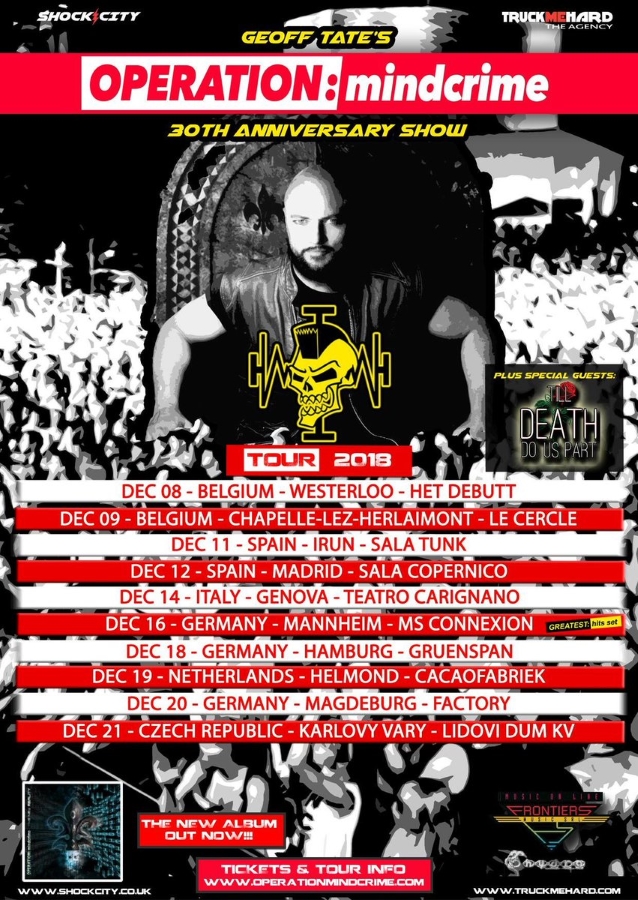