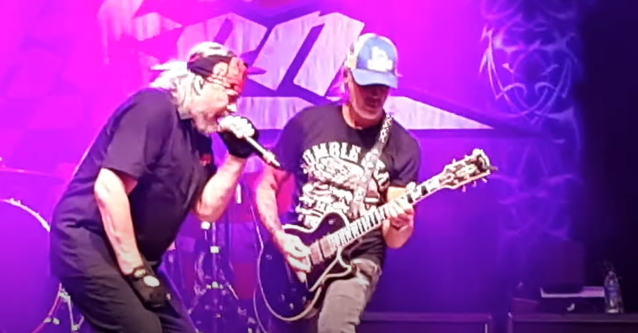 George Lynch rejoined DOKKEN on stage this past Friday night (July 16) at Richmond Harley-Davidson in Ashland, Virginia to perform three of the band's classic songs. Fan-filmed video footage of his appearance can be seen below.

Prior to Friday's concert, George had played with DOKKEN on July 9 in Moline, Illinois and in early June at the Live United Live Music Festival in Sunbury, Pennsylvania.

Four months ago, Lynch was asked in an interview with Jeff Gaudiosi of MisplacedStraws.com if there has been any talk of more shows featuring the reunited classic lineup of DOKKEN. He responded: "I've actually been talking to Don [Dokken] a little bit, and we're both in agreement that that should probably happen — meaning some kind of a meaningful reunion done in the right way, carefully and with proper preparation and time and rehearsals and not just throwing it out there like we did last time." George went on to say that "the obvious choice" to replace DOKKEN's recently retired drummer "Wild" Mick Brown would be Mick's brother Steve, who can be heard playing alongside Lynch and ex-DOKKEN bassist Jeff Pilson on the latest THE END MACHINE album, "Phase2".

Over the past four years, Lynch has appeared on recordings by THE END MACHINE, KXM, ULTRAPHONIX and SWEET & LYNCH. He will release his first-ever full-length instrumental album, "Seamless", in August via Rat Pak Records. 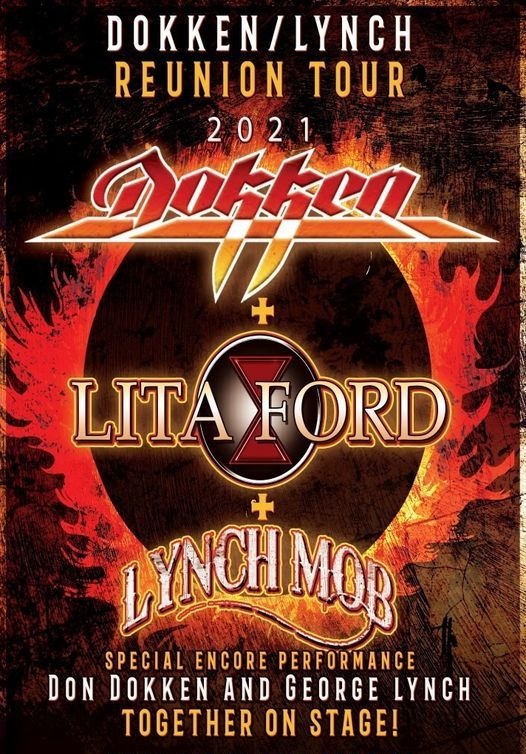