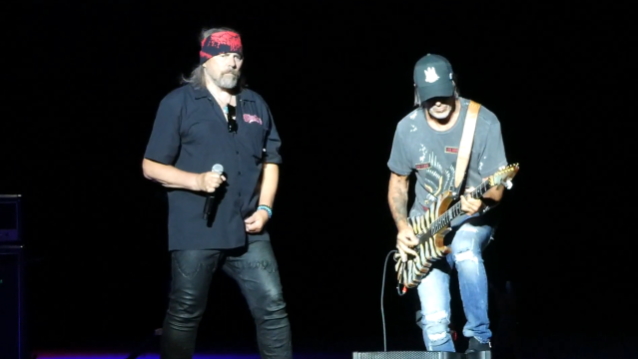 George Lynch rejoined DOKKEN on stage this last night (Tuesday, July 26) at the York State Fair in York, Pennsylvania to perform three of the band's classic songs: "Kiss Of Death", "When Heaven Comes Down" and "Tooth And Nail". Video of his appearance can be seen below.

For much of the past couple of years, Lynch has been performing the same three songs with DOKKEN at various shows in the U.S. Asked in a January 2022 interview with SiriusXM's "Trunk Nation With Eddie Trunk" what the experience has been like for him, George said: "It has been [fun], actually, more than I would have thought. I would have thought there… 'Cause Don [Dokken, DOKKEN leader] and I had had animosity towards each other at a couple of different levels over the decades. And it's kind of a weird thing, when you think about it. And sometimes, it is uncomfortable for me, because when I show up, I have to sit there, and, of course, they're playing the songs that I wrote. And the [current DOKKEN] guitar player, Jon [Levin], is a wonderful guy; we're friends. But they're doing my whole thing, and then I walk out. 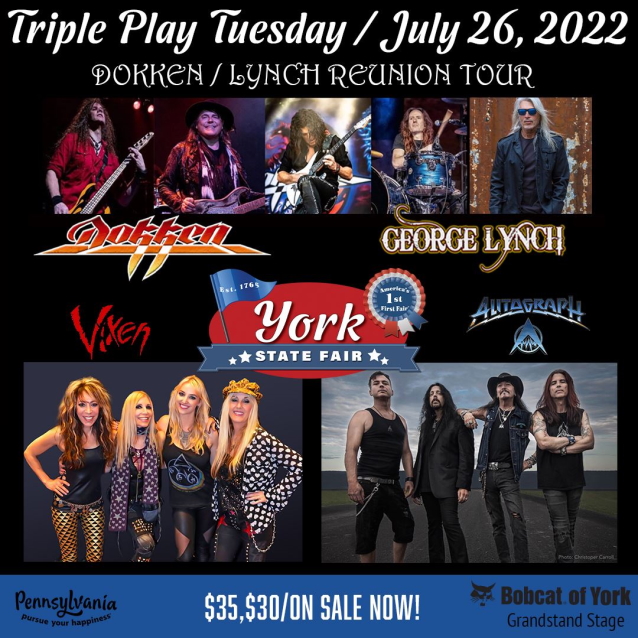