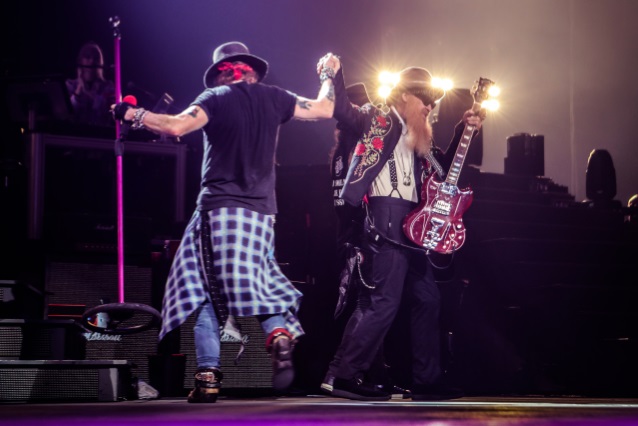 ZZ TOP had previously opened for GUNS N' ROSES' for a couple of shows in Texas in early September.

The Houston concert was part of GUNS N' ROSES' "Not In This Lifetime" tour, which is the most popular and highest-grossing global tour of 2017, according to Pollstar.