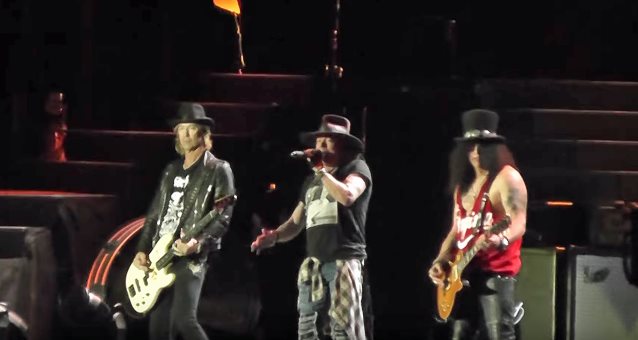 Prior to launching into "Wichita Lineman", GN'R frontman Axl Rose told the audience: "We're going to play something we've never played before. It might not be your thing, but we're just trying to pay a tribute to someone. It's not what you think."

"For Glen," Rose said at the track's conclusion, referring to the country legend who died August 8.

Last night's performance of "I Feel Good" marked the first time the group has played the song in full, and the first time Rose performed the track with guitarist Slash and bassist Duff McKagan. A previous version of GUNS, with Axl as the only classic-era member, performed a snippet of the song at 2006's Rock In Rio festival.