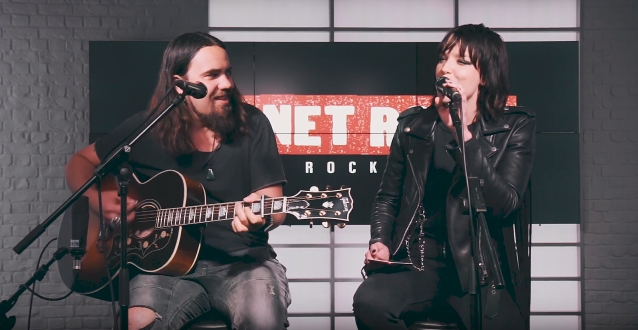 Lzzy told Revolver magazine that LED ZEPPELIN's "Led Zeppelin III" (1970) was one of the records that shaped her life. "One of my favorite songs on this is 'That's The Way'," she said. "It's such an amazing performance. And the record is so good. What I love about ZEPPELIN is that you can listen to their entire catalog and kind of see where they were at in the moment. They were so comfortable with themselves, and especially on this record, they kind of settled in and were just talking about what they were feeling at the time. It feels really natural and comfortable and they aren't trying to be anything that they're not. So I just love the record."