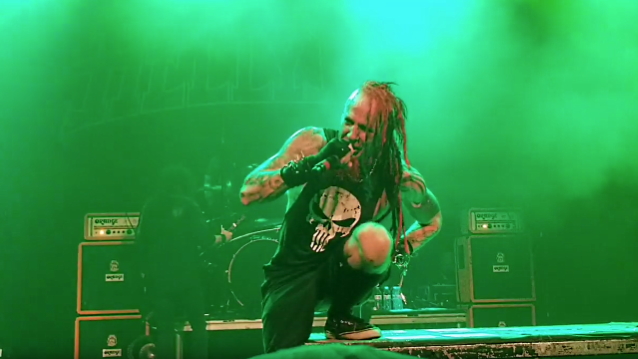 Fan-filmed video footage of HELLYEAH covering PANTERA's "I'm Broken" and "Walk" on July 30 at Sherman Theater in Stroudsburg, Pennsylvania can be seen below (courtesy of YouTube user "KymPisces").

HELLYEAH's sixth studio album, "Welcome Home", will be released on September 27 via Eleven Seven Music. The disc will mark the group's final effort with drummer Vinnie Paul Abbott (formerly of PANTERA),who passed away more than a year ago.

HELLYEAH's May 11 concert in Las Vegas marked the first time the band has taken the stage since Vinnie's passing and the debut of STONE SOUR member Roy Mayorga as Vinnie's replacement.

HELLYEAH's 18-city headlining summer outing kicked off on July 23 in Atlanta, and will culminate in a special celebration on Saturday, August 17 in Dallas, Texas.

HELLYEAH guitarist Tom Maxwell recently paid tribute to Vinnie on the first anniversary of the drummer’s death. Maxwell wrote in part: "I'm writing you this letter to tell you how much I miss and love you. Never could I have imagined you not being here with us anymore. There's so much all of us lost when you left us. Your smile, your infectious laugh, your always steadfast care of all those around you. Everything has changed now. 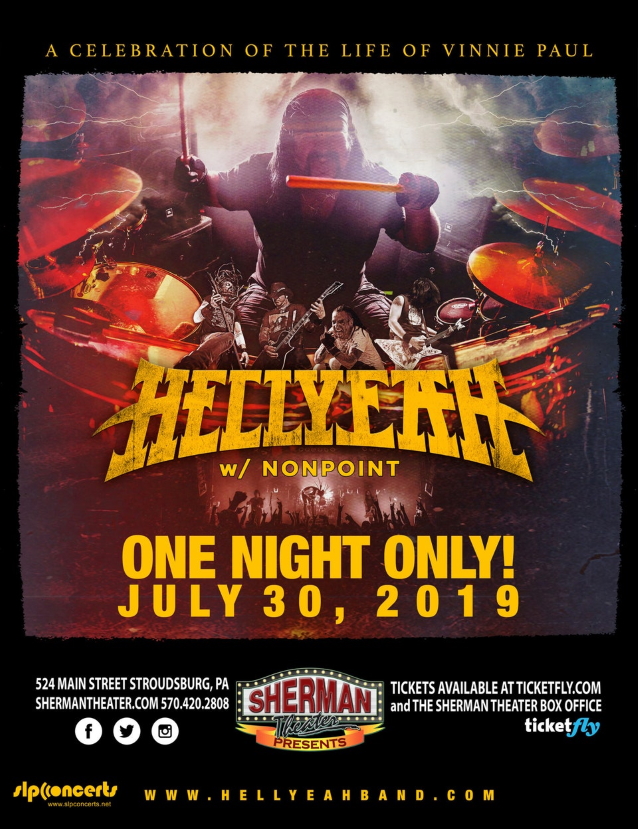