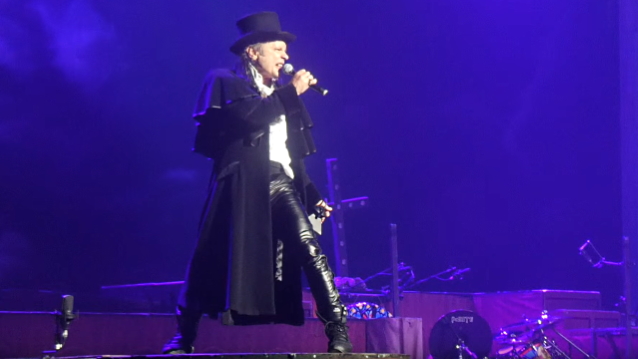 Fan-filmed video footage of IRON MAIDEN's July 30 performance at Wells Fargo Center in Philadelphia, Pennsylvania can be seen below.

The 16-song set included a number of classic IRON MAIDEN cuts, such as "The Trooper", "Fear Of The Dark", "Hallowed Be Thy Name" and "Run To The Hills", as well as rarely played tracks like "Flight Of Icarus", "Sign Of The Cross" and "The Clansman".

IRON MAIDEN kicked off the 33-city North American leg of its "Legacy Of The Beast" tour on July 18 at the BB&T Center in Sunrise, Florida.

IRON MAIDEN drummer Nicko McBrain recently said about the "Legacy Of The Beast" tour: "When you're there in the flesh and you see this incredible stage set and the production we put into this show, you're going to be absolutely astounded."

Support on the North American leg of the "Legacy Of The Beast" tour comes from THE RAVEN AGE. Additionally, FOZZY will be guests for the Banc Of California Stadium show in Los Angeles. 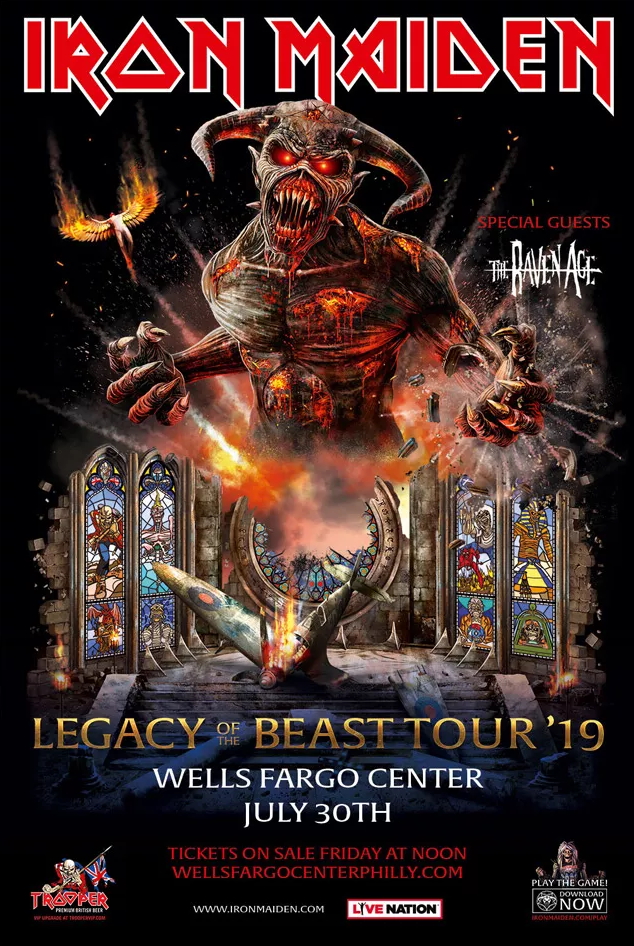