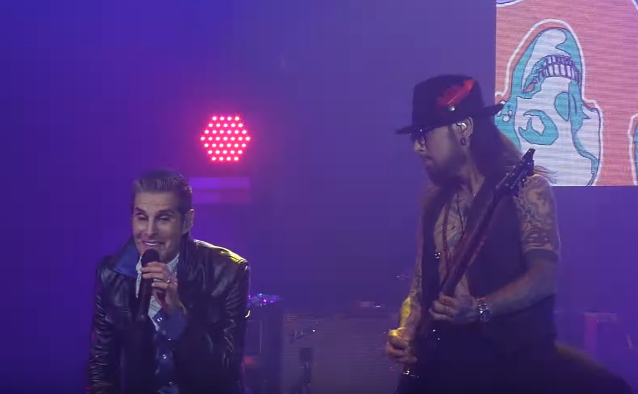 JANE'S ADDICTION performed at the MMR*B*Q concert sponsored by Philadelphia radio station WMMR (93.3 FM) on Saturday, September 25 at the BB&T Pavilion in Camden, New Jersey. Fan-filmed video footage of the performance is available below.

Last November, JANE'S ADDICTION singer Perry Farrell told Classic Rock magazine that fans could expect to hear new music from the band in 2021. Asked if there might be another album from JANE'S ADDICTION in his future plans, the 62-year-old singer said: "I wouldn't think albums, I'd think songs.

"We've got so much JANE'S material in the can," he explained. "We'll be releasing a couple of tracks, maybe writing some new ones."

In August 2020, JANE'S ADDICTION played two songs during Lollapalooza's Lolla2020 livestream, a free four-night broadcast event which took place on the original dates of the Chicago-based festival. Farrell, guitarist Dave Navarro, drummer Stephen Perkins and bassist Chris Chaney reunited for their first public appearance in three years to perform "I Would For You" and "Stop!"