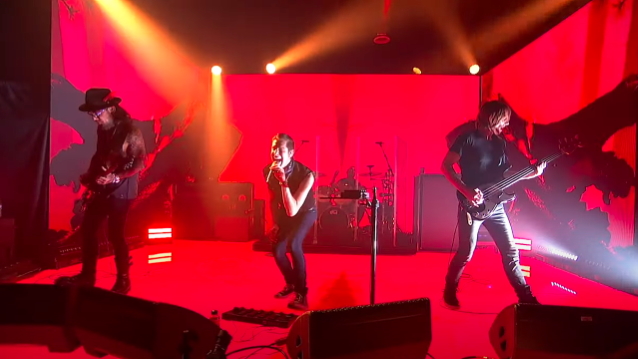 On Saturday night, singer Perry Farrell, guitarist Dave Navarro, drummer Stephen Perkins and bassist Chris Chaney reunited for their first public appearance in three years to perform "I Would For You" and "Stop!"

Formed in 1985 in Los Angeles, JANE'S ADDICTION has been firmly embedded in the collective pop culture consciousness for 35 years now. Farrell stands out as one of music's most forward-thinking and enigmatic frontmen. Navarro remains a veritable guitar god. Perkins's tribal stomp has also influenced a generation of percussionists. The hugely influential band has sold in excess of seven million records in the U.S. alone. When Farrell created the traveling Lollapalooza festival, it galvanized the alternative rock movement and brought it to a whole new level.