LED ZEPPELIN guitarist Jimmy Page has released "more accessible and affordable" version of his career-spanning book "Jimmy Page: The Anthology". The book, published by Genesis Publications, grants exclusive access to his archive for the first time, and tells the inside story of his phenomenal career.

From his early days as a young session musician, through his years on the world stage with LED ZEPPELIN, to his solo work and collaborations, Page has lived a spectacular life in music. Throughout it all, he has amassed an extensive private archive of iconic guitars, stage costumes and personal memorabilia. Now, in "The Anthology", Jimmy Page is granting exclusive access to his archive for the first time, and telling the inside story of his phenomenal career.

In a new text of over 70,000 words, Page guides the reader through hundreds of rare items, many of which are previously unseen, and others of mythic status, such as the Gibson double neck guitar, his dragon-emblazoned suit, his white embroidered poppy suit, and the outfit worn in the concert film "The Song Remains The Same". Also included are handwritten diaries, correspondence, rare vinyl pressings, previously unpublished photographs and much, much more. Page has personally selected each piece to be photographed in this book, which has been created with his full participation.

A one-minute promotional video in which Page discusses "Jimmy Page: The Anthology" can be seen below.

Page, OBE, is widely considered to be one of the greatest and most influential guitarists of all time, and one of the most important record producers and songwriters in rock history. Page first picked up a guitar aged 12 and performed with Neil Christian and THE CRUSADERS as soon as he left school. He honed his craft as a session musician in London and, by the mid-sixties, was one of the most sought-after guitarists in Britain. He was a member of THE YARDBIRDS from 1966 to 1968 and then, in late 1968, founded LED ZEPPELIN, one of rock's most successful and enduring bands, who have sold more than 300 million records to date.

Following LED ZEPPELIN, in the 1980s Page went on to produce a film soundtrack, "Death Wish II", toured with Eric Clapton and Jeff Beck on the fundraising "A.R.M.S." tour, formed bands THE FIRM and COVERDALE PAGE, and released a solo album, "Outrider". From 1994 until 1998, Page reunited with LED ZEPPELIN bandmate Robert Plant on two albums and two tours as PAGE AND PLANT. Since then, Page has collaborated on a wide range of projects, including performing with Sean Coombes, THE BLACK CROWES and at the closing ceremony of the 2008 Beijing Olympics with Leona Lewis. Jimmy Page has been inducted into the Rock And Roll Hall Of Fame twice, once as a member of THE YARDBIRDS (1992) and once as a member of LED ZEPPELIN (1995). In 2005, Page received an OBE from the Queen, then also received an Honorary Doctorate from the University of Surrey (2008); in 2012 he received America's highest award for the arts, the Kennedy Center Honors, from President Barack Obama at the White House and an Honorary Doctorate from Berklee College, Boston (2014). More recently, Page produced and remastered LED ZEPPELIN's nine studio albums with companion discs, rereleased in 2014 and 2015, and in 2019, the Metropolitan Museum of Art's remarkable "Play It Loud" exhibition featured some of his most iconic guitars. 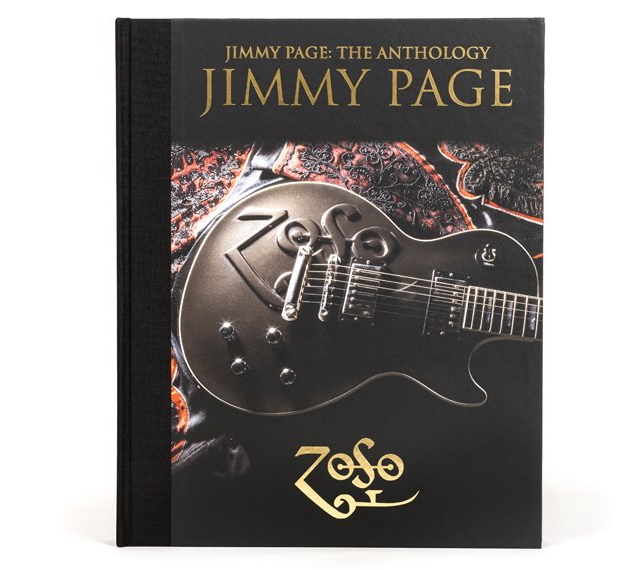