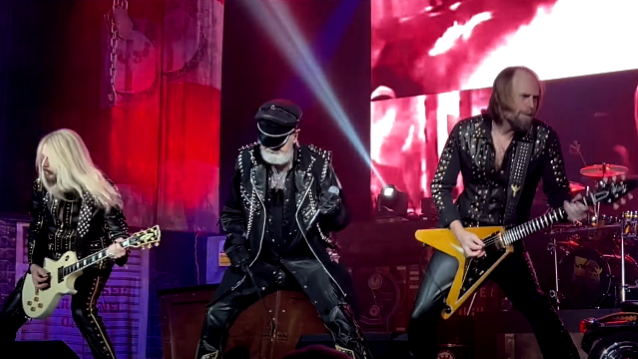 Fan-filmed video of JUDAS PRIEST's November 8 performance at the Tucson Convention Center in Tucson, Arizona can be seen below.

The band's setlist was as follows, according to Setlist.fm:

In a recent interview with the 96.1 KLPX radio station, JUDAS PRIEST guitarist Richie Faulkner stated about the setlist for the band's fall 2022 U.S. tour: "Well, I can say it's around the 40th anniversary of [the] 'Screaming For Vengeance' [album], if I'm not mistaken. I'm sure the Internet will say it's not the right month yet, or not the right week, or I'm a week late or whatever. But, yeah, so we're gonna hit some moments from that record as like a tip of the cap to the album 'Screaming For Vengeance'. I know some people like to wait and see what the setlist's gonna be. I won't spoil anything, but we will reference 'Screaming For Vengeance' in a few places.

Asked how JUDAS PRIEST comes up with a setlist, Richie said: "Well, it can be difficult. There's certain things we have to hit. We have a classic part of the set that we kind of have to acknowledge. PRIEST have had huge radio hits — 'Breaking The Law', '[You've Got] Another Thing Comin''; that kind of elements of the show — that we have to kind of acknowledge, as I said. If there's any moments like anniversaries of albums, we can kind of hit those moments. If there's anything we haven't done for a while that might be interesting to do… We don't wanna repeat too much from the last tour or if there's a new album, we're gonna hit a few [songs] from [that]. This being an anniversary tour, we kind of have free rein. And sometimes what we do is literally me and Rob [Halford, vocals], we'll write down songs that we think would be interesting on paper — literally cut them out, lay them all out on the table or whatever and position them and put them in the setlist, like old school. And we try to get a dynamic flow, so there's a start, like an impact, and then it kind of tapers a little bit, and there's a little bit of an ebb and flow. So we try and create a dynamic through the set, like I think the band have always done. But we literally do it with a pen and paper, cut them out into little rectangles. It sounds a bit 'Spinal Tap', but it works. We've been doing that for a little while. And then we kind of hone it as we go through [a tour]. So we might have a starting point — 16 songs — and we rehearse it, and if something doesn't feel right or it doesn't have that dynamic, we'll put another one in just to get that dynamic right."

The induction ceremony was held on November 5 at the Microsoft Theater in Los Angeles. It will air at a later date on HBO and stream on HBO Max. 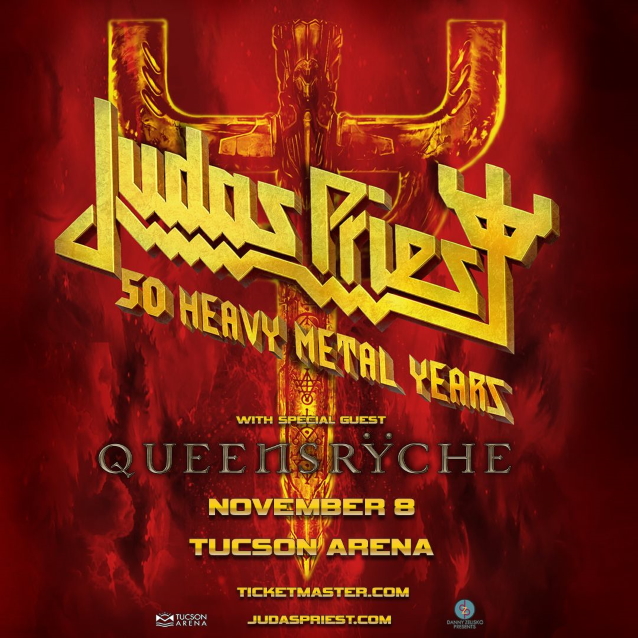