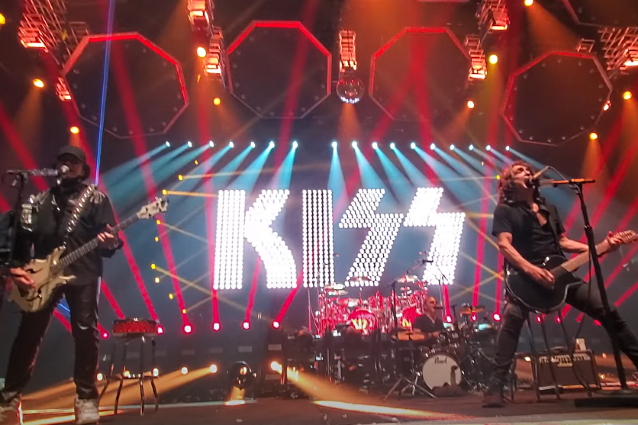 KISS has uploaded a new video of the band performing the song "See You Tonite" — which originally appeared on Gene Simmons's 1978 solo album — during a pre-show acoustic set at a recent stop on the "End Of The Road" tour.

"Gene Simmons" was one of four solo albums released by the members of KISS in September 1978. It reached position No. 22 on the Billboard 200 chart and was the highest-charting of all the four KISS solo albums.

KISS was forced to postpone at least three shows on its current tour last week after frontman Paul Stanley tested positive for COVID-19.