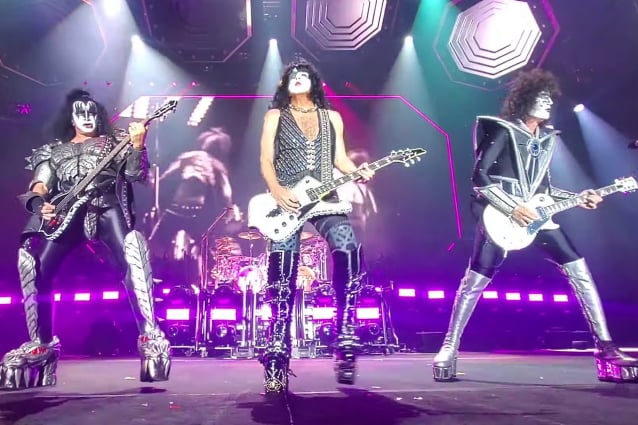 Fan-filmed video footage of KISS's August 21 performance at Hard Rock Live at Etess Arena in Atlantic City, New Jersey can be seen below.