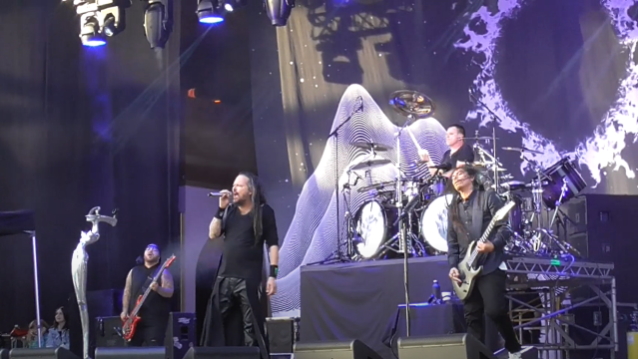 Fan-filmed video of KORN's June 15 concert at the Gröna Lund amusement park in Stockholm, Sweden can be seen below.

KORN bassist Reginald "Fieldy" Arvizu announced in June 2021 that he would sit out the band's touring activities in order to "heal" after "falling back" on some of his "bad habits."

Regarding how KORN ended up recruiting Roberto "Ra" Díaz (SUICIDAL TENDENCIES) to fill in for Fieldy, guitarist Brian "Head" Welch told 97.9 GRD: "Well, there's COVID and everything, so when we started talking about it, it was a thing where we wanted to be careful still and whatnot. So we just started brainstorming and hitting up friends and whatnot. We need the slap — we need the slap bass, we need the finger playing, we need someone, 'cause Fieldy is unique — very unique. So it just kind of happened that way, man, where Ra, he was open because SUICIDAL [was] not going out [on tour at the time]. So it just worked out, man. He came down, we jammed. He's a really humble guy, and just very talented. He can play anything — from jazz to slap to anything. He played all the songs with, like, three mistakes out of 10 songs or something — little mistakes. I mean, not even mistakes — it was just, like, 'I thought I heard it that way.' They weren't even mistakes. So we were, like, 'Okay. You got it down.'" 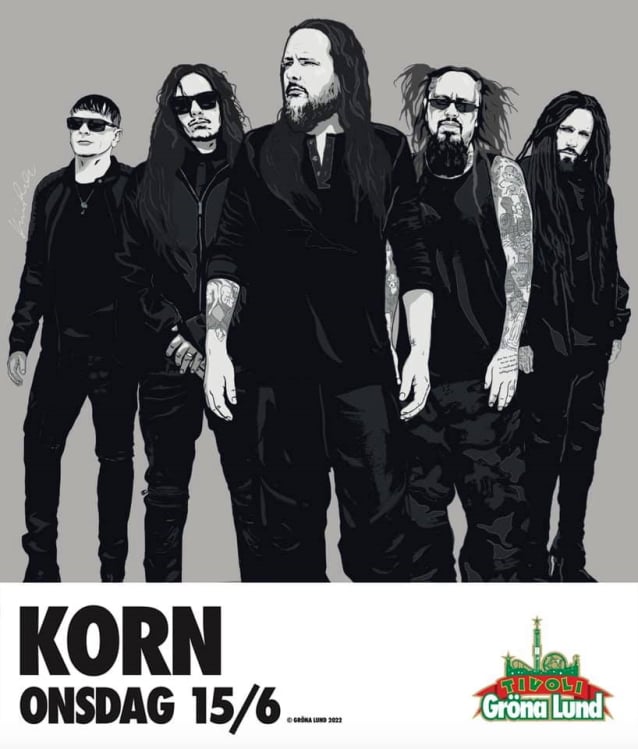