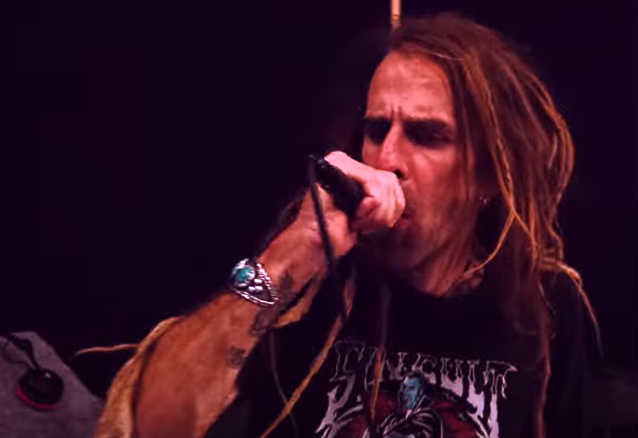 "Two Minutes To Late Night", which bills itself as the world's only heavy metal-themed talk show, has uploaded a cover version of the Prince classic "I Would Die 4 U" recorded in quarantine by members of LAMB OF GOD, GORILLA BISCUITS, HARM'S WAY and MOST PRECIOUS BLOOD, among many others.

In a 2016 interview with Full Metal Jackie's nationally syndicated radio show, Blythe stated about Prince's death just a couple of months earlier: "Well, for one thing, I think it's obvious due to the, the wide reaching and highly varied nature of this huge outpouring of sadness at his passing that the man's music crossed a lot of borders. It touched a lot of different people and he... I don't know. Prince was pretty punk rock, if you ask me, yeah. I don't know of any other human being who has ever changed their name to an unrecognizable, unpronounceable symbol — period — much less done it in order to like, deal with record company contracts. I thought that was pretty freaking genius. I don't know, man. He was just a huge talent. He played something like 27 instruments and played [them] well. He wasn't a hack. To me, [as] more and more of the news comes out about the way he passed, it just makes me sad. So, he was a huge talent — he really was. I certainly, [when] he died — [I] cruised around listening to some 'Purple Rain' and some 'Controversy'. Some old stuff."