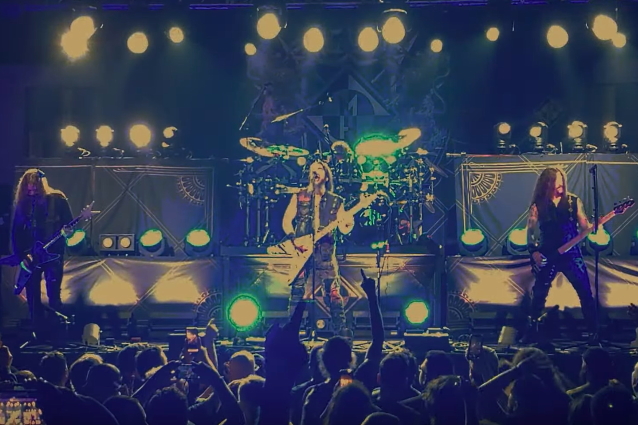 Fan-filmed video footage of MACHINE HEAD performing a cover version of the IRON MAIDEN classic "Hallowed Be Thy Name" on January 27 at Revolution Live in Fort Lauderdale, Florida can be seen below (courtesy of Sonic Perspectives).

Back in 2008, MACHINE HEAD recorded its rendition of "Hallowed Be Thy Name" for Kerrang! magazine's "Maiden Heaven" collection, which featured bands covering tracks from MAIDEN's legendary career. At the time, MACHINE HEAD frontman Robb Flynn said that he was excited to be a part of the project.

"When I was a kid, IRON MAIDEN were a very big deal to me and the influence they had on MACHINE HEAD has been huge," he said. "We decided to cover 'Hallowed Be Thy Name' for this CD because it's just such a great song — in fact, it's a classic. I just love the way the vocal line goes up and down — so dramatic."