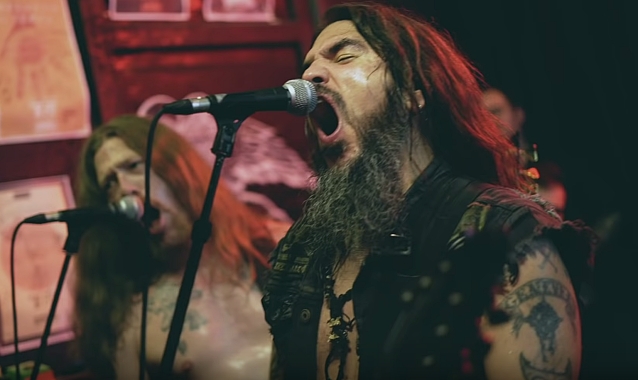 Less than 24 hours after playing to 5,000 people at Brixton O2 Academy in London, England, MACHINE HEAD performed an hour-plus-long set at London dive bar Blondies for Kerrang! magazine 's The K! Pit, in association with Rizla. They were scheduled to play for 30 minutes, but ended up performing for over an hour, whipping the 50 deranged Head Cases into a sweaty frenzy with covers of classic songs by BLACK SABBATH, SEPULTURA, WHITE ZOMBIE and more. Check out video footage below.