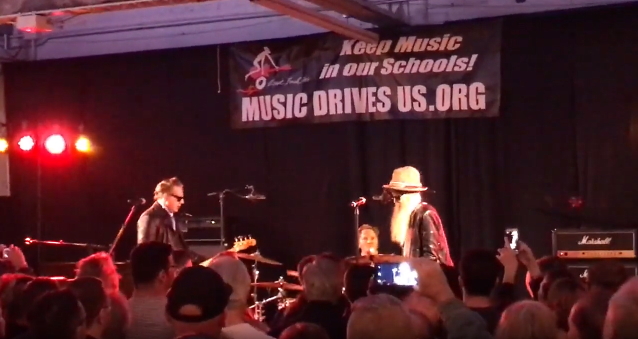 Rock And Roll Hall Of Famer Sorum is a co-founder and head of communications at Artbit, a revolutionary distributed-ledger platform that allows both artists and fans to share and monetize artistic talent from anywhere across the globe.

Matt grew up in Long Beach, California in the heyday of 1960s rock and roll and has let his passion for music guide his endeavors ever since. Whether it's revolutionizing monetization opportunities for starving artists with Artbit, or through philanthropic efforts with Adopt The Arts, Matt's charity to keep music alive in schools, Matt has a passion for giving back to the community that he's been a part of since he was 14.

Thank you @musicdrivesus erniebochjr for a great event raising funds and awareness to keep music alive for kids in the Boston area with BFG3 billyfgibbons @MFlanigin @ Norwood Space Center https://t.co/JybXz9tKkH

Join Music Drives Us for a rockin’ night with “The BFG Three” featuring Billy F Gibbons, Matt Sorum & Mike Flanigin on Friday, December 13th, 2019. This event will take place at the Norwood Space Center. For more information go to: https://t.co/FLePQVeQQwpic.twitter.com/lBhTk8WsCy