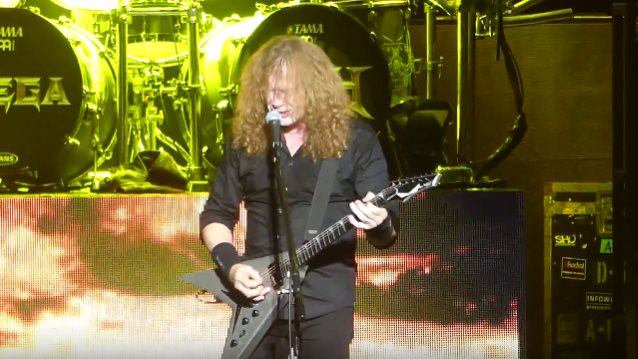 Fan-filmed video footage of MEGADETH's September 16 concert at Madison Square Garden in New York City can be seen below.

MEGADETH's tour with SCORPIONS kicked off Thursday night (September 14) in Reading, Pennsylvania and will conclude on October 15 in Tampa, Florida. The sixteen-date trek, dubbed the "Crazy World Tour", celebrates SCORPIONS' 1990 LP of the same name.

MEGADETH bassist David Ellefson recently confirmed that the band will return to the studio at the end of the year to begin work on the follow-up to 2016's "Dystopia" album.

The band's upcoming effort will mark MEGADETH's first release to feature new drummer Dirk Verbeuren, who officially joined the group more than a year ago.

MEGADETH leader Dave Mustaine said in an interview on Friday (September 15) that he is "working on a video game that encompasses a lot of the band's history and a lot of little riffs that we've never used before." 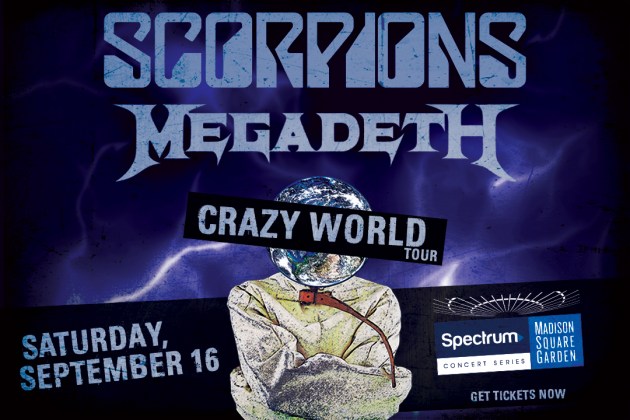