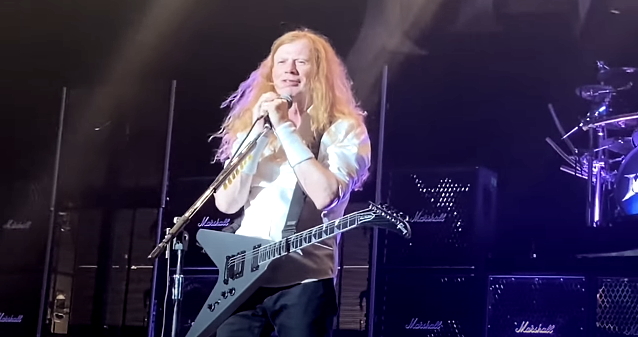 MEGADETH played its fifth show with bassist James LoMenzo in nearly 12 years this past Wednesday night (August 22) in Albuquerque, New Mexico. "The Metal Tour Of The Year" concert at the the Isleta Amphitheater saw MEGADETH share the stage with co-headliners LAMB OF GOD, along with TRIVIUM and HATEBREED.

Fan-filmed video footage of the concert can be seen below (courtesy of YouTube user Loren P).

Produced by Live Nation, the rescheduled trek will hit a further 23 cities before wrapping in Quebec City, Quebec, Canada on Saturday, October 2. 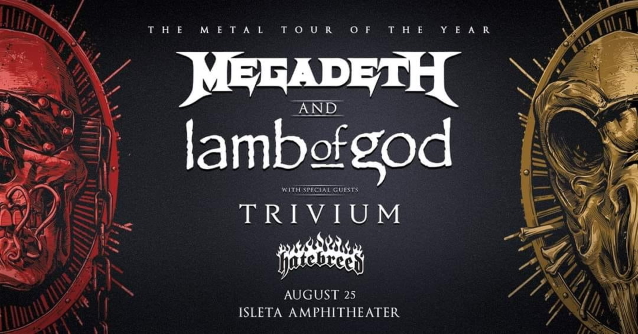