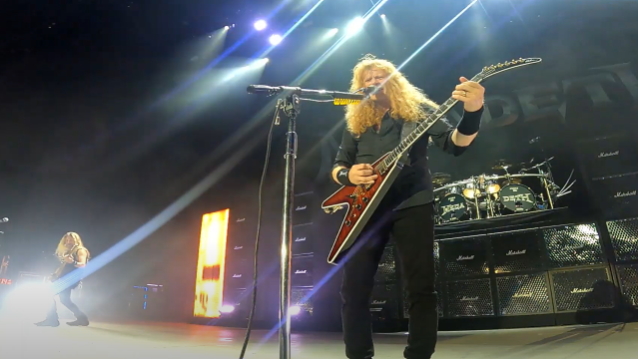 MEGADETH performed the song "Soldier On!" live for the first time this past Tuesday (September 20) during the band's concert in Syracuse, New York. The Dave Mustaine-fronted outfit played the track again the following night (Wednesday, September 21) at The Pavilion at Star Lake in Burgettstown, Pennsylvania. Video of that rendition can be seen below.

"Soldier On!" is taken from MEGADETH's sixteenth studio album, "The Sick, The Dying… And The Dead!", which arrived on September 2 via UMe.

Mustaine previously stated about the lyrical inspiration for "Soldier On!": "Coming to the realization that you need to walk away from a relationship that's very toxic, and how hard it can be to start down that road. But you know you need to, and just taking that first step is the hardest part. Whatever your leaving does to them, you have to block that part out, stay the course and do what's right for you. It will be hard in the beginning, but you have got to live for yourself to be worth a damn to anyone else. You've got to soldier on."

"The Sick, The Dying... And The Dead!" consolidates a furious return to form that began with the Grammy-winning "Dystopia", while pushing forward musically and marking Mustaine's recent triumph over throat cancer. Reuniting Dave with co-producer Chris Rakestraw (DANZIG, PARKWAY DRIVE),who together helmed 2016's "Dystopia", the album was recorded at Mustaine's home studio in Nashville, Tennessee, with guitarist Kiko Loureiro and drummer Dirk Verbeuren. Bassist Steve DiGiorgio temporarily stepped in to record the album. With the kick-off of MEGADETH's recent tour, MEGADETH alumnus James LoMenzo rejoined the MEGADETH family as permanent bass player. 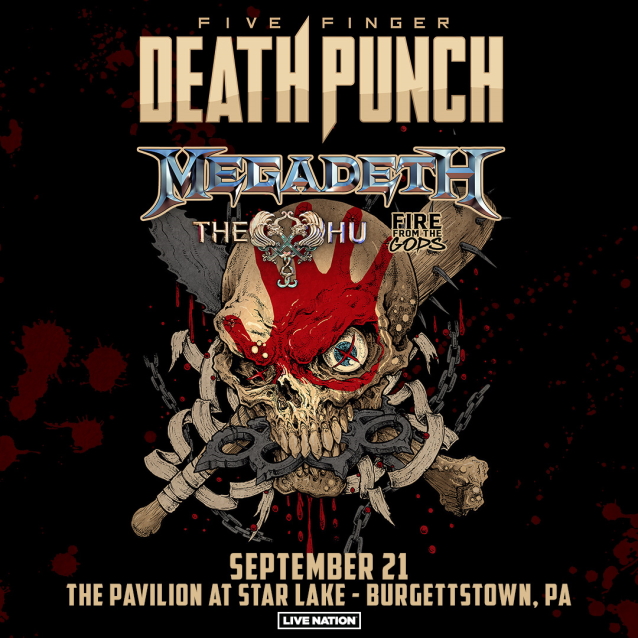