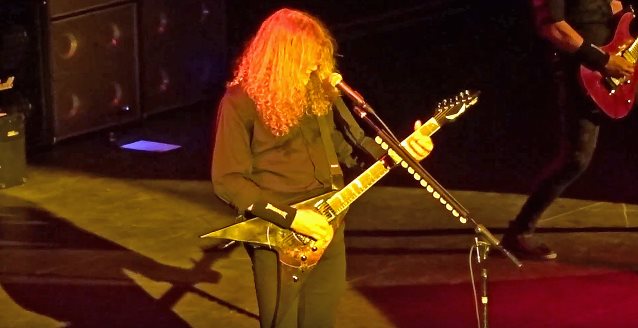 Fan-filmed video footage of MEGADETH's entire July 25 concert at Stadium Live in Moscow, Russia can be seen below.

MEGADETH recently completed a North American tour with MESHUGGAH and will play arenas later in the year as the support act for German hard rock veterans SCORPIONS.

MEGADETH is planning on returning to the studio at the end of the year to begin work on the follow-up to 2016's "Dystopia" album.

The band's upcoming effort will mark MEGADETH's first release to feature new drummer Dirk Verbeuren, who officially joined the group a year ago.

MEGADETH was honored with in the "Best Metal Performance" category in the pre-telecast ceremony at the 59th annual Grammy Awards, which was held on February 12 at the Staples Center in Los Angeles. MEGADETH was nominated for "Dystopia", the title track of its 2016 album. 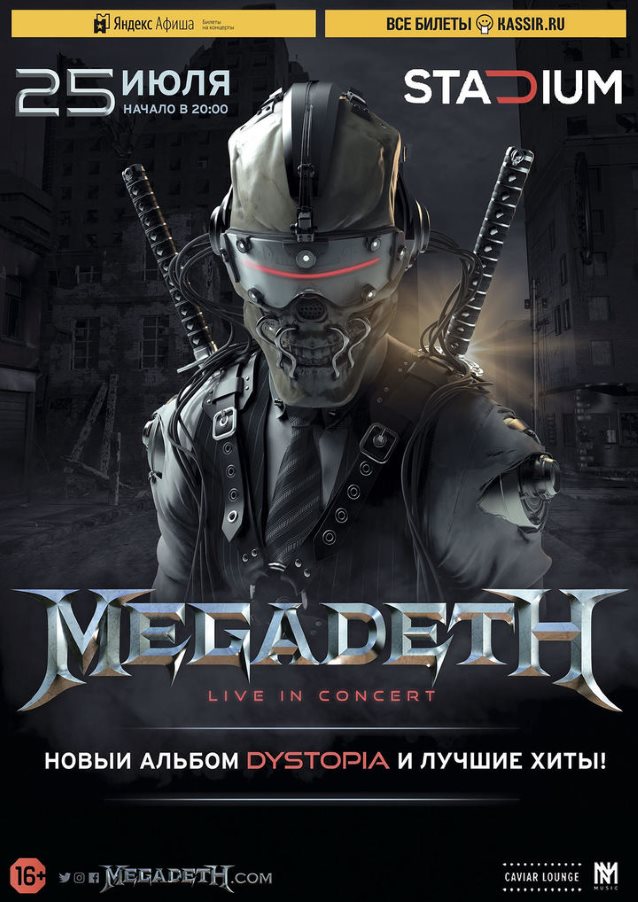