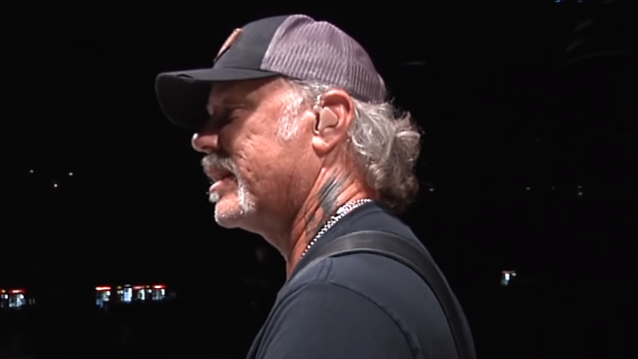 METALLICA played a snippet of JUDAS PRIEST's version of the FLEETWOOD MAC classic "The Green Manalishi (With the Two Prong Crown)" while rehearsing for its August 14 concert in Bucharest, Romania. Video footage of METALLICA's rendition of the track, along with a performance of "Here Comes Revenge", can be seen below.