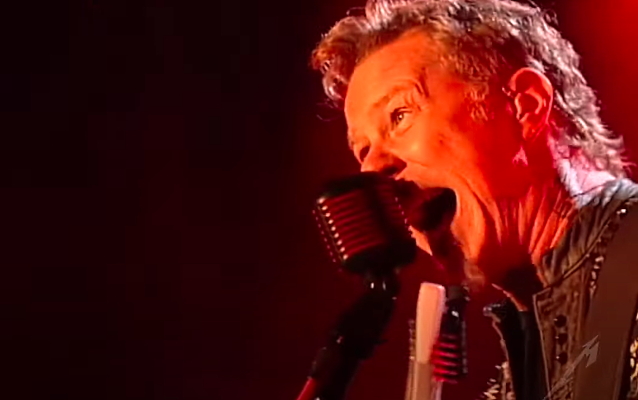 METALLICA has posted another video as part of its new concert series, "#MetallicaMondays", where the band is streaming a complete live show for fans on the group's YouTube channel and on Facebook every week. The latest concert to be shared was recorded on June 10, 2012 at Pannonia Fields II in Nickelsdorf, Austria and it celebrated the 20th anniversary of METALLICA's self-titled 1991 album (also known as "the Black Album").