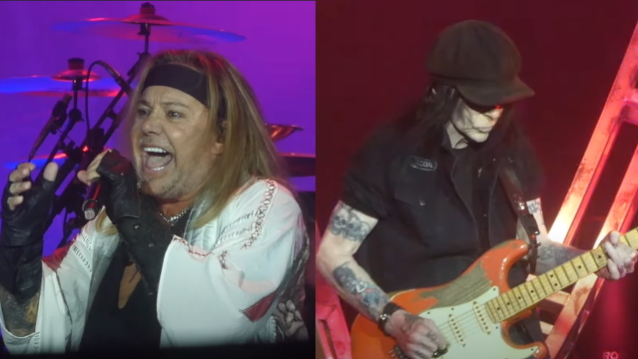 Watch MÖTLEY CRÜE Perform In Philadelphia During 'The Stadium Tour'

Fan-filmed video of MÖTLEY CRÜE's June 25 concert at Citizens Bank Park in Philadelphia, Pennsylvania can be seen below.

As was the case at most of the previous shows on "The Stadium Tour", MÖTLEY CRÜE's Tommy Lee sat behind the drums for the first three songs of the band's concert despite sustaining four broken ribs a month ago. Lee played "Wild Side", "Shout At The Devil" and "Too Fast For Love" with his bandmates before being replaced for about half of the set by Tommy Clufetos, who plays drums in Ozzy Osbourne's live band and who sat behind the kit for BLACK SABBATH on the legendary heavy metal act's final tour. According to Matt Bailey of The Music Universe, Lee returned at several points later in the night to play five more songs, including "The Dirt (Est. 1981)", "Dr. Feelgood" and "Home Sweet Home".

The setlist for the Philadelphia concert was as follows:

On June 17, MÖTLEY CRÜE bassist Nikki Sixx praised Tommy for "beasting" through the first five songs of the band's set in Atlanta a day earlier, writing on Twitter: "The fact that Tommy was told by the doctor to not play with 4 broken ribs & he beasted half our show is a miracle. We are a band and are proud of his strength. He is doing the whole tour and day by day adding more songs. What a fucking animal. Anybody out there ever break ur ribs?"

The next show on the trek is scheduled to take place Tuesday night (June 28) at Bank Of America Stadium in Charlotte, North Carolina. 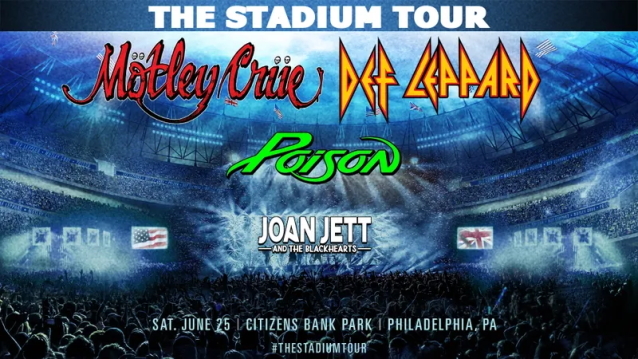