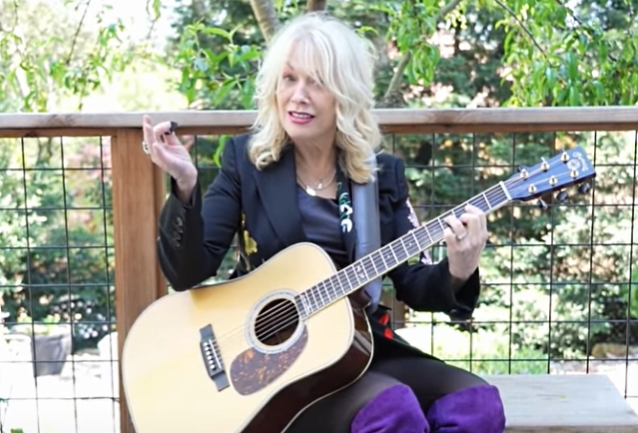 Video of HEART's Nancy Wilson performing her new solo song "4 Edward" can be seen below. The track, which is a tribute to late VAN HALEN guitarist Eddie Van Halen, is taken from Nancy's debut solo album, "You And Me", which will be released on May 7 via Carry On Music. The LP was recorded primarily in Wilson's California home studio, working with band members and special guests remotely.

Wilson told Holland's FaceCulture about "4 Edward": "The song I wrote for [Eddie] was trying to mirror the song that I heard him write on the acoustic back in the '80s when I gave him his — supposedly, it was his first acoustic guitar, which is hard to believe. And the next morning, at the crack of dawn, he called my hotel room and said, 'Listen to this,' and played me this beautiful piece of music that was almost classical in the introduction, and then it got kind of rock in the middle, and then it ended in a more classical style.

"For me, after he, unfortuntately, left us so recently, I thought, 'Okay, well…' Somebody asked me to do an instrumental: 'If you're gonna do a solo album, you've gotta do an instrumental.' So then I said, 'Okay. I will do it, and I will dedicate it to Edward Van Halen,'" she continued. "And then I was, like, 'Oh, shit. Why did I say that?' I just put myself in a really perilous predicament, and I put all this pressure on myself to do something like what I remember him playing to me on the phone back then. So it took me a few weeks to even approach the idea that I was gonna do it at all. [Laughs] But I told everybody I was doing it, so I had to do it; I pressured myself to do it. And I tried to learn how to do the hammer-on thing that he did on acoustic, which doesn't work at all, especially with the heavier-gauge strings that I like to use. But then I kind of went through all my notes and looked at my recorder on my phone, and I found a couple of little pieces that I could fit together — like puzzle pieces — and I finally figured it out: it should be a minute and a half; it should start with a classical intro and end with a classical outro-type thing, with a little bit of rock in the middle. So I finally figured it out. [Laughs] And I'm happy that I put myself under that pressure because I really like how it turned out. It's very simple, but it's a beautiful simplicity."

Asked what made the song so special, Nancy said: "I think the fact that I wanted to tribute him and dedicate it to him, because he was a sweet soul and a good friend of mine, the times that we actually did have a chance to hang out together a little bit. He had all this joy that he brought into his playing. That big smile on his face all the time was so infectious and so different from a lot of rock and roll players. He had his own joy that he brought to the music that he created that was so different from so much else that was happening in music."

Most of the tracks on "You And Me" are originals, but Wilson decided to include a handful of covers by a few of her favorites, including a female perspective of PEARL JAM's "Daughter", a stirring turn of SIMON & GARFUNKEL's "The Boxer" featuring Sammy Hagar, and an ethereal cover of THE CRANBERRIES' "Dreams", featuring Liv Warfield (Prince) from Nancy's previous band ROADCASE ROYALE. The first single from the album was Bruce Springsteen's "The Rising", which dropped last fall.

The other eight tracks are originals, mostly acoustic ballads, but there are also some rousing rockers like "Party At The Angel Ballroom" which features a superstar backing band, including Duff McKagan of GUNS N' ROSES and Taylor Hawkins of the FOO FIGHTERS.

With her band HEART, Nancy Wilson has recorded 16 albums, sold over 35 million albums worldwide and has four Grammy nominations. She had previously released one other album with just her name on it, "Live At McCabe's Guitar Shop", which captured her playing a set of covers and new songs in 1999. But considers this her first true solo album, a positive creative move amid a surreal year of loss; life during lockdown.

"You And Me" track listing: 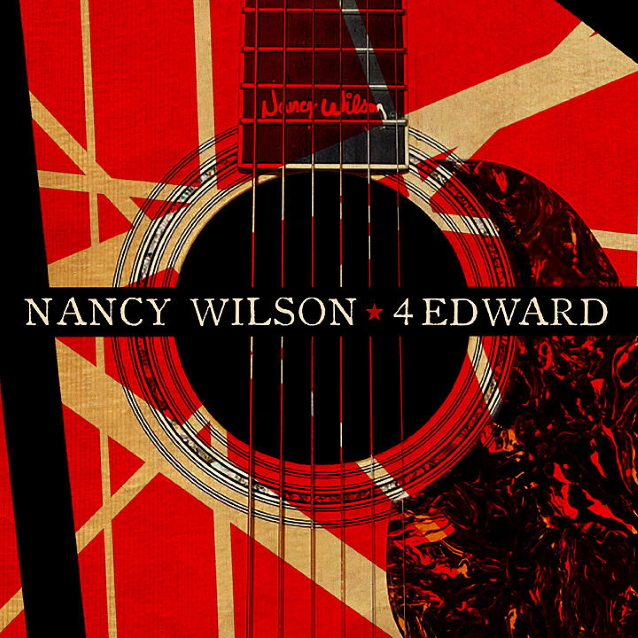