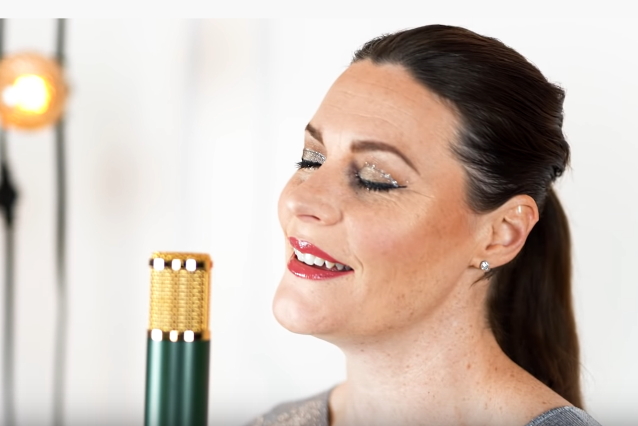 A video of NIGHTWISH's Floor Jansen singing, "Ave Maria", an 1825 Franz Schubert composition dedicated to Mother Mary, can be seen below. The music for Floor's version was arranged by Tommy Johansson.

Last month, Jansen released her cover version of the song "Let It Go" from the Disney movie "Frozen". She revealed that she got the inspiration to record the track through her three-and-a-half-year-old daughter Freja, who had been listening to it and singing it "for months."