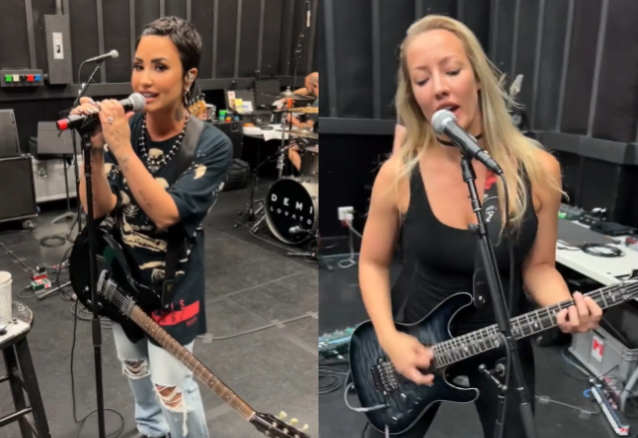 New video of former ALICE COOPER guitarist Nita Strauss rehearsing with Demi Lovato as part of the singer's solo band can be seen below.

Demi shared the three-minute clip on her Instagram on Tuesday (July 26) and wrote in an accompanying message: "Can't wait to see you guys on tour".