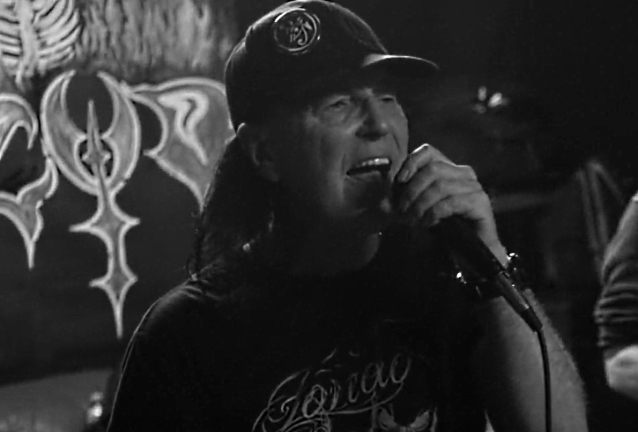 Multi-camera video of original AC/DC singer Dave Evans performing the band's classic song "Highway To Hell" on October 22 at Leonardo's in Huntington Park, California can be seen below (video editing by Joe Dolan).

As previously reported, Evans recently recorded two new songs with legendary producer Flemming Rasmussen, best known for having been helmed three of METALLICA's early albums, plus winning a Grammy for his work on METALLICA's "One" in 1989. One of the songs, "Guitarman", was written by Danish musician and composer Nicholas Hill, while the second track is a cover of an Elvis Presley classic that Evans had previously performed with AC/DC.

The new Evans recordings, which were made through a collaboration betwen Chrystal Records Argentina and Space Rock Productions Denmark, will be released in the next few months. 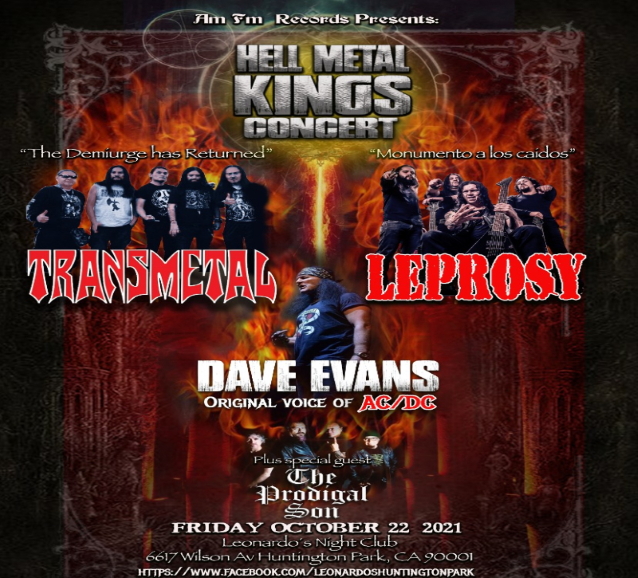