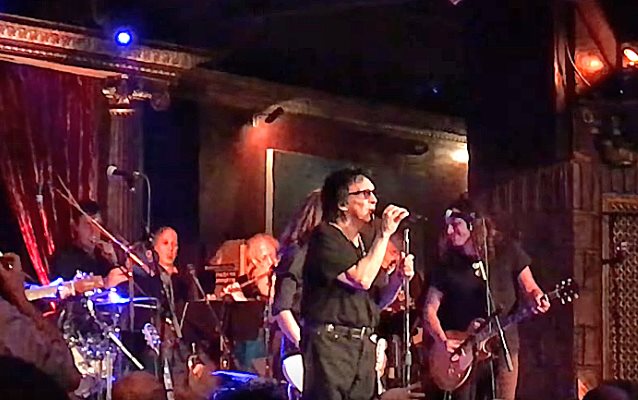 Original KISS drummer Peter Criss played what was being billed as his final U.S. concert this past Saturday, June 17 at the Cutting Room in New York City.

Criss handled the vocals and some of the drums at the show and was backed by musical director and keyboardist Alex Salzman, guitarist Erik Rudic from the band the COLD SEAS and a horn and string section.

Criss's set consisted of KISS classics and his solo songs, including "I Can't Stop The Rain", from the 1978 solo album "Peter Criss".

Criss handed out roses while he sang "Beth" and closed out the set with the swing classic "Sing Sing Sing".

Asked by Australia's The Rockpit in a brand new interview if he is "moving on to do other things," Criss responded: "You know what?! I'm 71. That scares me when I say that [laughs], but if you're around me, I'm like a 15-year-old kid — I really am. But I've had an amazing career in music. I was around in the '60s and '70s, which was about the best time to be a musician. I actually saw Janis Joplin, Jimi Hendrix and Jim Morrison and THE BEATLES when I was young. I've seen the greatest of the greats perform. I grew up at a time when music was so cool. There was Bob Dylan, and things were changing — things were becoming amazing for musicians in the world. So I played clubs for 15 years, then I started the band with the guys.'

He continued: "I'm a big BEE GEES fan, I was watching the salute to Barry [Gibb, the last surviving member of the BEE GEES], I've been a big fan since they started, and I love that he got up there and performed. And I see now all these guys, from THE ROLLING STONES, Paul McCartney, Rod Stewart, and we're all in our 70s now, and I hate to say it, but we're dying out, and that's so real. There's less rock and roll in the world, less music in the world, and it's kinda sad.

"So I'm 71 I'm in the best health I've been in for a while, and I thought if I'm gonna do it, I've gotta do it now. I had male breast cancer and I beat it, and that's really changed my life, and my wife also beat cancer too, so I went out I signed autographs, I wrote a book. When I connected [with the fans] again, I got to hear their stories and they'd ask me if I'd play again or sing again; there was so much love. And when I looked around, everyone was slowing down or retiring, like Eric Clapton, and I wondered what I have left."

Criss added that he is planning on finally completing the solo album that he started work on nine years ago.

"Before my cancer, I really put down some really heavy rock and roll. I put down some ballads too, but it was heavier than the stuff I normally do. And then I got sick and I put it aside and I've been sat on it these last eight years. And when I moved to California, I took it with me. There aren't any vocals on there yet, but I played it to a good friend and he told me that it was the best stuff he'd heard in years and I had to finish it, so when I'm over in June to play my last show in New York City, I'll finish it."

In addition to playing drums in the band, Peter also provided lead vocals for a number KISS's most popular and memorable songs, including "Beth", "Black Diamond" and "Hard Luck Woman". 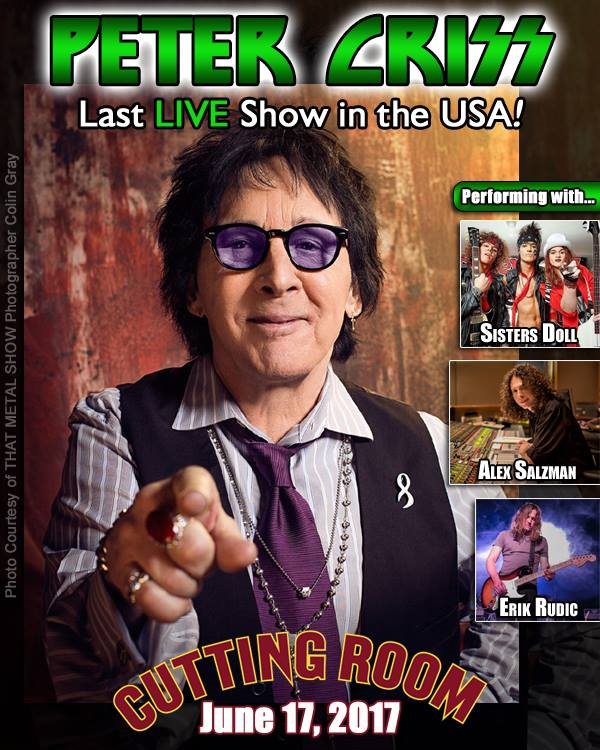