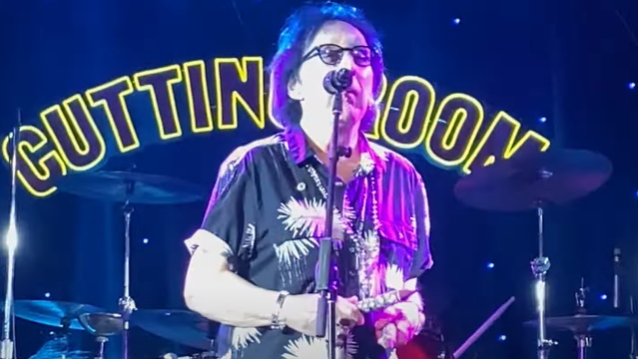 Video of Criss's appearance, courtesy of The Rock Experience With Mike Brunn YouTube channel, can be seen below.

SISTERS DOLL was previously the backup band for Criss at what was being billed as his last live show in the USA in June 2017, also at the Cutting Room. Prior to that, Peter played with SISTERS DOLL at a concert in Australia in May 2017.

Criss, who turned 76 in December, first left KISS in 1980. Since then he's worked with other bands and released solo albums. He teamed up with KISS again for a reunion tour in the 1990s and most recently in 2004. He was replaced by Eric Singer.

Criss has claimed that his contract with KISS wasn't renewed in March 2004. That charge has been disputed by Paul Stanley and Gene Simmons.

In a 2012 interview with "The Opie & Anthony Show", Criss revealed that a power struggle, with Simmons and Stanley on one side, and Peter and Ace Frehley on the other, led to his departure from KISS. "I could start feeling [Stanley and Simmons] wanting the power," he said. "The more we were going up the ladder of future and fame, the more it was kind of swaying to Mr. Simmons and Stanley. Ace and I were kind of not getting our musical [ideas] in. It's funny — I wrote the biggest hit the band [ever had] [the 1976 ballad 'Beth'], and meanwhile, I was kind of always getting put down for this stuff. So it was always a battle."

According to Criss, he and Frehley were extremely close, which is why it was especially hurtful for the drummer to learn that Frehley was making more money when the farewell tour ended in 2000. "[It] broke my heart when [Ace] broke my heart," he said. "In the book, I tell the story, but towards the reunion, towards the end, I was devastated, man. I couldn't believe what went on. And it was again about the old M-O-N-E-Y. Money, money, money. Power, power, power. It never was enough for those guys."

Simmons has remained baffled at why Criss decided to leave the band nearly two decades ago following such a triumphant reunion tour and album. "Most people only have one chance, if at all, to swing the bat," Gene said. "Peter's had many chances. When there's a party, not everybody comes. And if you're not in the party, from the outside looking in, you scratch your head and say, 'Why wouldn't anybody want to go to the party? Lots of girls. Lots of money. Lots of good times.' You got me."

After weeks of bad-mouthing each other in the press, the four original members of KISS were inducted into the Rock And Roll Hall Of Fame in April 2014 by RAGE AGAINST THE MACHINE guitarist Tom Morello, with all four — Stanley, Simmons, Frehley and Criss — delivering warm, nostalgic and even sweet-natured speeches that put aside the simmering tensions for at least 12 minutes.

KISS did not perform — the Hall Of Fame wanted the original quartet only to play, while Simmons and Stanley insisted on the current lineup — which also includes guitarist Tommy Thayer and Singer — performing as well. In the end nobody won that battle. 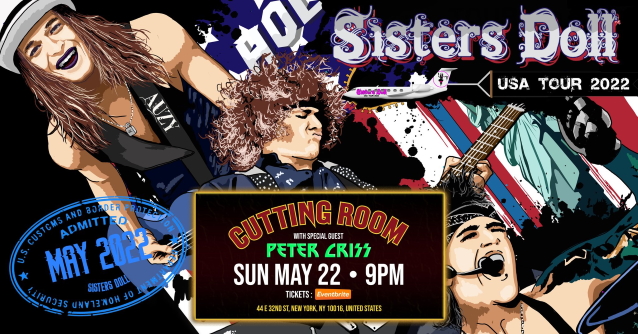