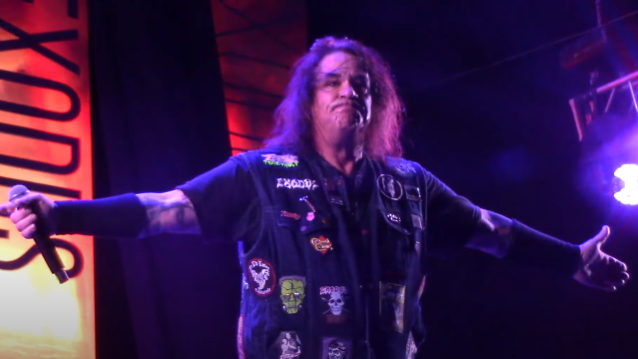 Professionally filmed video of EXODUS's entire November 13 performance at the Altavoz festival at Cancha Cincuentenario in Medellín, Colombia can be seen below.

EXODUS guitarist Lee Altus sat out the band's European tour this past summer due to "family concerns." Filling in for him was Brandon Ellis of THE BLACK DAHLIA MURDER.

EXODUS is continuing to tour in support of its latest album, "Persona Non Grata", which came out in November 2021 via Nuclear Blast Records.

In July 2021, EXODUS drummer Tom Hunting underwent a successful total gastrectomy in his battle with squamous cell carcinoma (SCC) of the stomach. He rejoined his bandmates on stage in October 2021 at the Aftershock festival in Sacramento, California.

EXODUS tapped John Tempesta to play drums for the band at Psycho Las Vegas in Las Vegas, Nevada in August 2021 and at Full Terror Assault in Cave In Rock, Illinois in September 2021 while Hunting was recovering from surgery. Tempesta was a member of EXODUS from 1989 until 1993 and played on the band's albums "Impact Is Imminent" (1990) and "Force Of Habit" (1992). 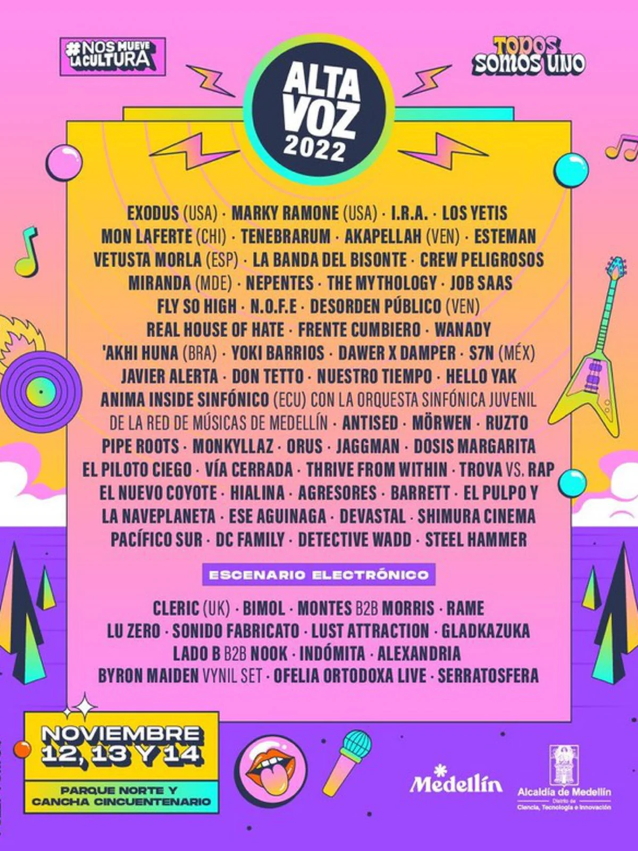