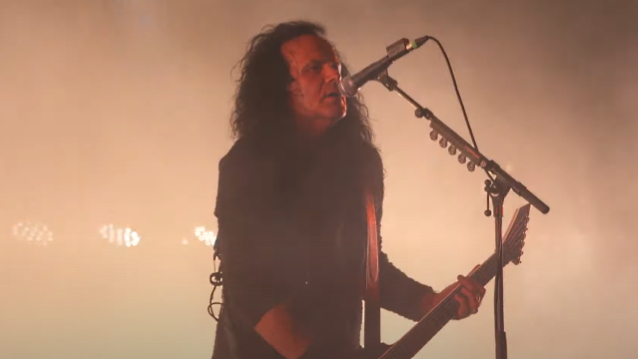 This past summer, KREATOR entered Hansa Tonstudio in Berlin, Germany to begin recording its new album for a tentative early 2022 release. Helming the sessions is Arthur Rizk, who has previously worked with CAVALERA CONSPIRACY, CODE ORANGE, POWER TRIP and SOULFLY, among others.

Earlier this year, KREATOR frontman Mille Petrozza revealed to the official podcast of Italy's Metalitalia.com that the band would wait until the coronavirus pandemic has subsided before releasing an album.

"Last [year], in August, we felt that we were done [writing], and we were very enthusiastic about, like, 'Okay, this is almost an album. We have 12 songs. And we take the 10 best, or whatever we come up with.' And we already planned on going into the studio in February," he said. "Now it's February, and the world is still kind of fucked with the COVID. So we have to wait and be patient… I think going on a tour, the artwork, everything has to connect. So we'll wait until that's possible again, and then we'll put out the album."