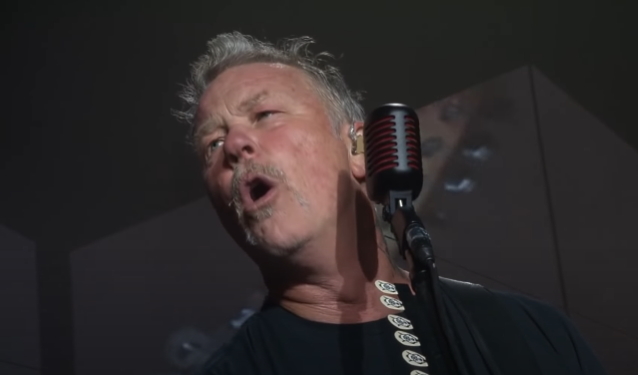 METALLICA played the song "Damage, Inc." live for the first time in years during the band's second headlining set at the Welcome To Rockville festival on November 14 at the Daytona International Speedway in Daytona Beach, Florida. Professionally filmed video footage of the performance can be seen below.

Prior to the Rockville gig, METALLICA had not played "Damage, Inc." for at least four years.

"Damage, Inc." is the last song on METALLICA's third album, "Master Of Puppets", which was the first LP METALLICA recorded after signing a major label deal with Elektra Records.

METALLICA played another show at Welcome To Rockville with a different setlist on November 12.