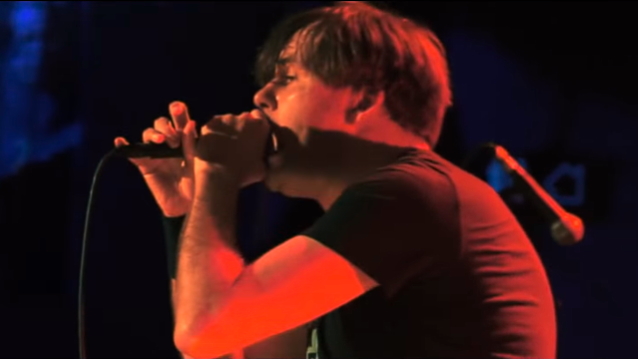 Violent Motion has uploaded professionally filmed video footage of NAPALM DEATH's entire February 28 performance at the Nantes Deathfist festival at the Warehouse in Nantes, France. Check it out below.

This past Febraury, NAPALM DEATH released a new seven-inch / digital EP via Century Media Records. The EP titled "Logic Ravaged By Brute Force" includes the brand-new title track, which can be heard below, as well as a freshly recorded cover version of "White Kross", originally performed by SONIC YOUTH. This double-A-side EP is yet another NAPALM DEATH collectible item and is also meant as first teaser for the band's upcoming studio album, expected for release later in 2020.

The "Logic Ravaged By Brute Force" seven-inch EP is available in the following versions: 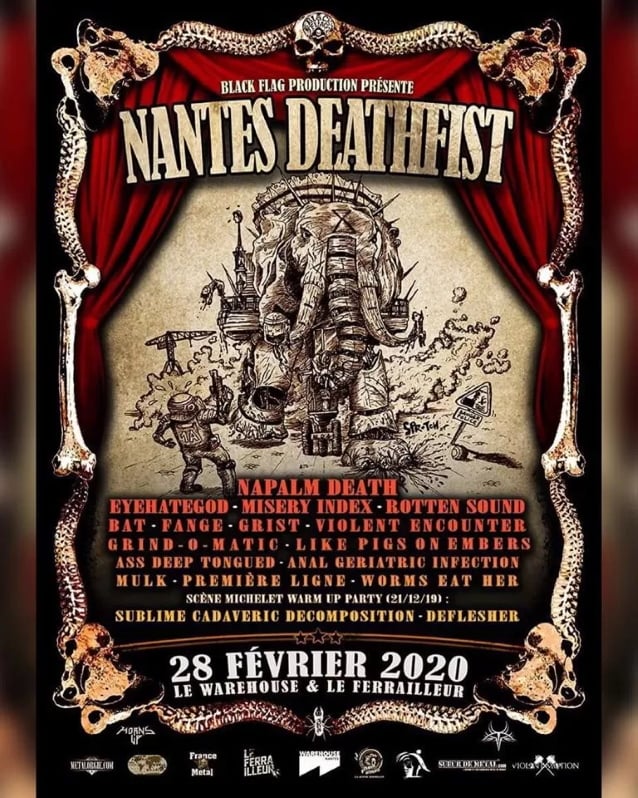