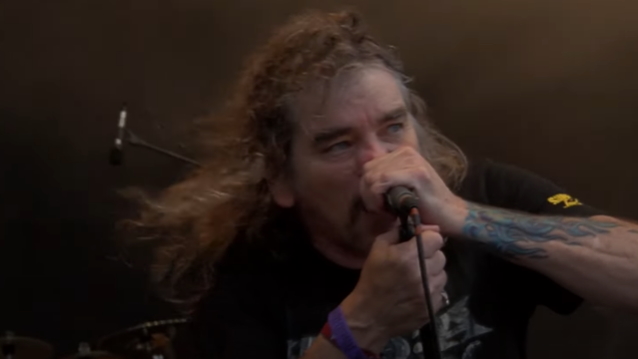 Professionally filmed video of OVERKILL performing the song "Ironbound" on August 4 at the Wacken Open Air festival in Wacken, Germany can be seen below.

This past May, OVERKILL canceled its previously announced shows in U.K., Ireland and Germany "due to unforeseen circumstances.'

The four-date run of dates was scheduled to kick off on May 27 in Northampton, U.K. and conclude on June 1 in Essen, Germany.

This past March, OVERKILL bassist D.D. Verni spoke to Hardrock Haven about the progress of the recording sessions for the band's 20th studio album. He said: "All the drums are done. All the guitars are done. I still have to do the bass. Blitz [Bobby Ellsworth, OVERKILL singer] has gotta get to his vocals. But I had almost all of it written when we went out on the tour before COVID, 'cause that's where we were in our cycle. So I had to have my part — the music for the record — pretty much done. I had two songs left that I had to do when I got back home. 'Cause that's where we needed to be, 'cause the record was supposed to come out in the fall of that year or whenever. But then we were, like, 'We've got a little extra time.' And then we had more extra time."

He continued: "It was funny, because usually I'll kind of demo up everything at home, all the songs, and I'll send it out to the guys, and then they'll learn the stuff from the demo and then we'll get together and play. [And then we'll decide] 'Maybe it should be faster or slower' — we kind of noodle around till it feels good in the room. But we weren't able to do that 'cause of COVID. But now that it's taken so long, we could have done that. So, I don't know exactly… This one's still gonna be a bit of an odd record 'cause it was kind of done all remotely — everything. We're gonna put out a record of songs that we've not one single time stood in a room and played together." 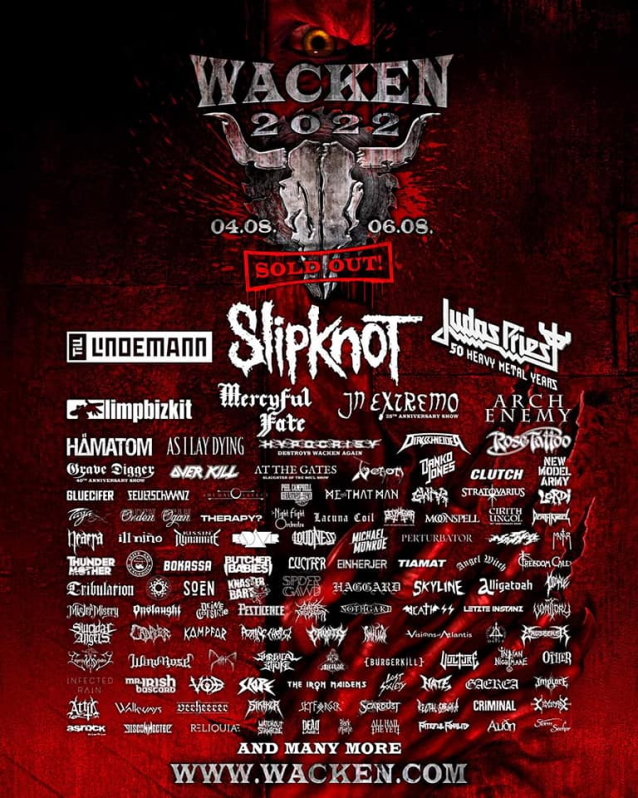