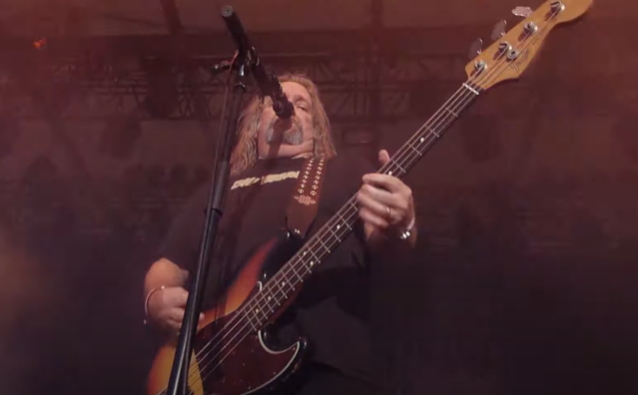 WDR Rockpalast has uploaded professionally filmed video of SACRED REICH's entire June 3 performance at the Rock Hard Festival in Gelsenkirchen, Germany. Check it out below.

SACRED REICH's latest album, "Awakening", was released in August 2019 via Metal Blade Records. The band's first LP in 23 years was produced by Arthur Rizk, who has previously worked with CAVALERA CONSPIRACY, POWER TRIP and CODE ORANGE, among others. The album marks SACRED REICH's first release since the return of drummer Dave McClain.

"Awakening" was described in a press release as "a timeless collection comprised of blistering thrash, crushing grooves, killer solos and socially conscious lyrics that demonstrate a true understanding of everything that matters most in the world today."

"Awakening" was engineered by John Aquilino and was mastered by Maor Appelbaum.

In 2019, SACRED REICH guitarist and founding member Jason Rainey exited the band for "health reasons" and was replaced by Joey Radziwill. Rainey died in March 2020 of an apparent heart attack. 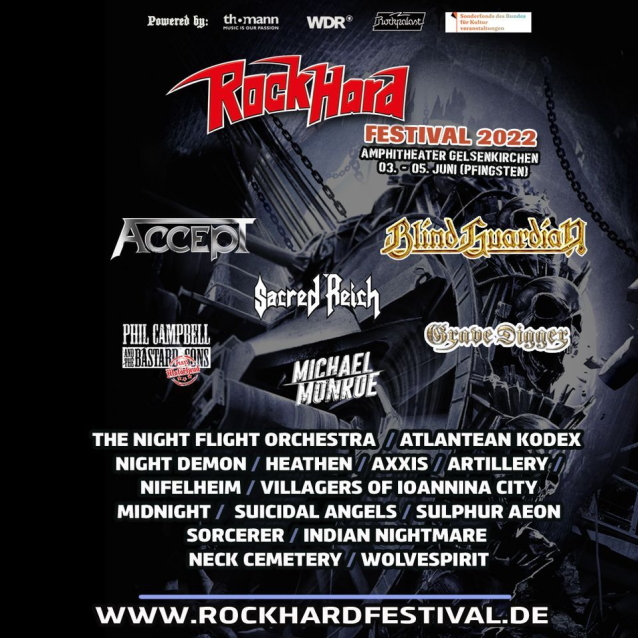