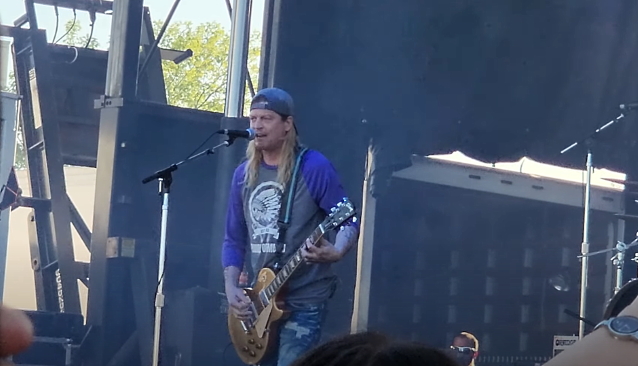 Fan-filmed video of PUDDLE OF MUDD's April 2 performance at Fiesta Oyster Bake in San Antonio, Texas can be seen below.

Last November, PUDDLE OF MUDD frontman Wes Scantlinmade headlines when he walked offstage midconcert at the EPIC Event Center in Green Bay, Wisconsin after complaining about the venue's lights.

PUDDLE OF MUDD's latest album, "Welcome To Galvania", was released in 2019 via Pavement Entertainment.