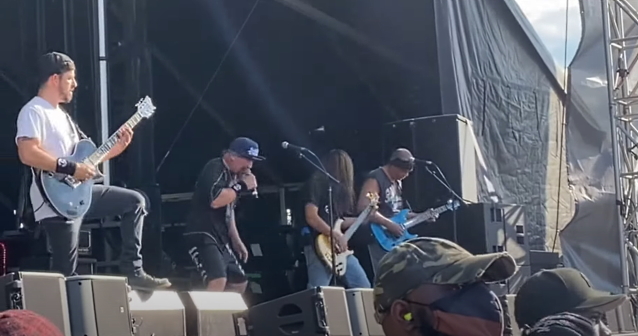 Tye Trujillo, the 17-year-old son of METALLICA bassist Robert Trujillo, played bass with SUICIDAL TENDENCIES this past Saturday (September 11) at the Blue Ridge Rock Festival in Danville, Virginia. He was filling in for regular SUICIDAL TENDENCIES bassist Roberto "Ra" Díaz, who was unable to make the gig because he is currently playing bass for KORN on the Jonathan Davis-fronted band's U.S. tour.