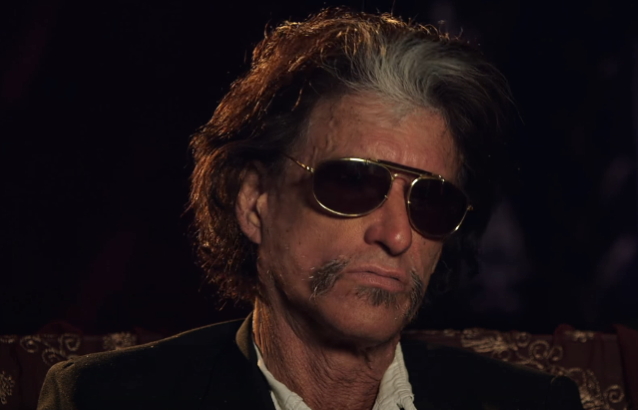 According to The Patriot Ledger, AEROSMITH guitarist Joe Perry has put his home in Duxbury, Massachusetts on the market for $4.5 million.

The house, which Perry has owned for 33 years, includes his basement studio, where AEROSMITH recorded some of the 2001 album "Just Push Play" as well as 2004's "Honkin' On Bobo". Perry also used the facility to record three of his solo albums.

In recent years, Perry has been spending a lot of time in Los Angeles as well as his beach-front condo in Sarasota, Florida.

See photos of the property at The Patriot Ledger.

Last month, AEROSMITH and Universal Music Group (UMG),announced a worldwide alliance spanning the iconic group's entire discography, merchandise and audio-video projects. For the first time, in 2022 all of AEROSMITH's iconic recordings will be unified in one place ahead of the band's upcoming 50th anniversary through a new multifaceted partnership with UMG. In addition to supporting the band's consolidated catalog, this partnership will also make use of unprecedented access to the storied "Vindaloo Vaults" and personal archives of bandmembers Steven Tyler, Joe Perry, Tom Hamilton, Joey Kramer and Brad Whitford, who will actively help curate their collections of music, photos, video footage, artwork, journals, set lists and memorabilia. Future releases will offer fans access to never-before seen and heard gems, that will further cement the band's position as one of rock's most ground-breaking and reverential groups in history.