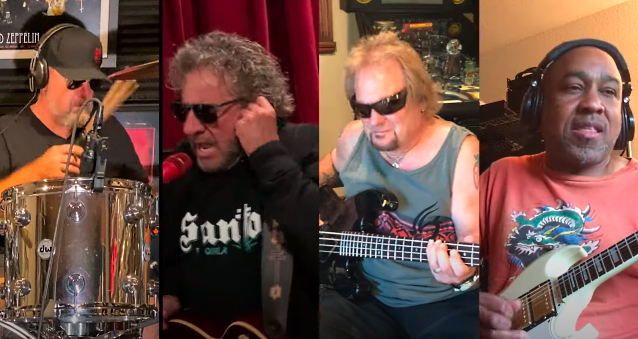 After previously connecting via their smartphones from four separate locations to lay down a brand new song titled "Funky Feng Shui", as well as covers of THE WHO's iconic track "Won't Get Fooled Again", VAN HALEN's "Good Enough" and BOB MARLEY & THE WAILERS' "Three Little Birds", they have now regrouped — in a virtual sense — to cover AC/DC's "Whole Lotta Rosie". Check out video of the performance below.